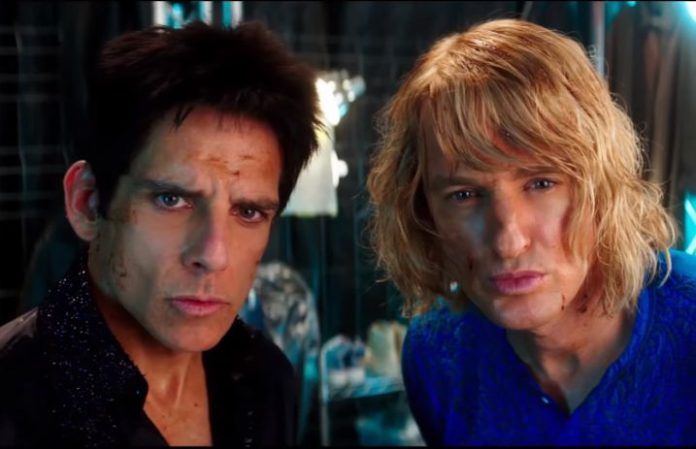 Paramount Pictures have released a new, full trailer for the sequel to 2001's Zoolander and if you enjoyed the first film, Zoolander 2 (or 2oolander) looks to stay true to its ridiculous comedy roots with a brand new adventure for Derek and Hansel in the world of male modeling. Starring Ben Stiller, Owen Wilson, Penélope Cruz, Kristen Wiig, Will Ferrell and more, and sure to be stacked with cameos (Justin Bieber and Benedict Cumberbatch to name a couple), Zoolander 2, coming 14 years after its predecessor, shows promise. You can check out the trailer below.

A brief synopsis for the film reads: “Derek and Hansel are modelling again when an opposing company attempts to take them out from the business.”

Directed by Ben Stiller himself, Zoolander 2 is set to hit theaters on February 12, 2016. What are your thoughts on the new trailer?