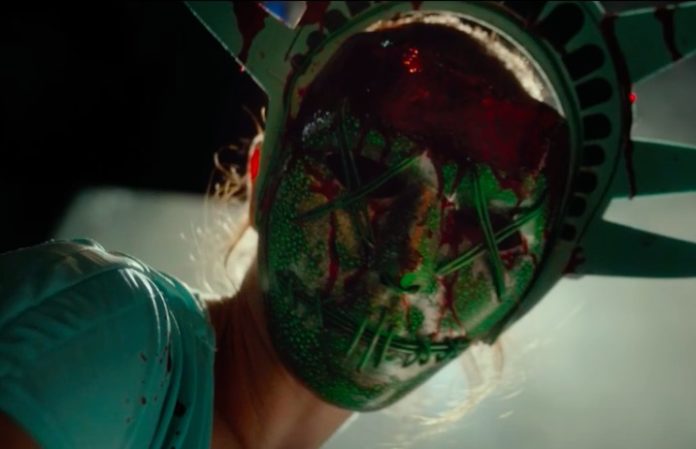 Blessed be our New Founding Fathers for letting us Purge and cleanse our souls. Blessed be America, a nation reborn— yep, get ready to purge again.

If you're a fan of The Purge films, you'll be stoked to know there are plans for a fourth movie. While things seemed to have wrapped up at the end of Election Year, a whole new story will make its way to theaters on July 4, 2018.

Read more: ‘Emo: The Musical’ is a real thing—watch

Universal and producers Blumhouse and Platinum Dunes are signed on for the film as well as creator James DeMonaco, who will be back to write the script for the untitled name—but will not be directing the film.

If you're unfamiliar with the franchise, the premise basically allows all crimes—even murder—to be legal for 12 hours. The first three films have grossed over $300 million.

Let us know in the comments what your dream storyline is for the fourth installment.