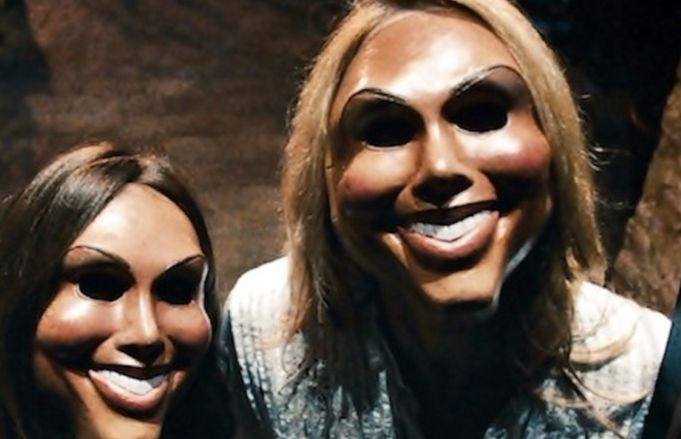 Horror fans have been eagerly awaiting the release of The First Purge, the fourth installment of The Purge film series coming this summer, and prior to the film's release, fans are now getting more details on the upcoming TV series for The Purge.

We recently found out that a Purge television series was expected to be hitting our screens for a 10-episode run slated to investigate what people in the films' dystopian universe is up to on other days of the year—you know, the ones where they aren't trying to kill anybody. For those unfamiliar with the films, The Purge movies' premise focuses on a apocalyptic future when the U.S. government makes murder legal for just one day a year.

While we were completely stoked on finding out what the people in the films were up to on non-purge nights, it seemed a little odd to center it on other days since the film's main premise is what happens on the night of the infamous purge.

In a recent interview with Entertainment Weekly, the film's writer and director, James DeMonaco, shared that fans shouldn't worry about the series not sharing the same Purge-y feel, saying:

“I’d say it’s 70, 65 percent Purge Night and then 30 percent flashback,” DeMonaco says. “We follow four what-seem-to-be separate storylines of people going out on the evening and experiencing the Purge. The real estate of the 10 hours of the TV allows us to use flashback, where we flashback out of the Purge world, into the regular lives, the non-Purge days, of this future America.”

“We get to see who these people are when it’s not Purge Night and the events that led them to where they are on the particular Purge night that we are following. I think it’s a great device. The real estate of TV lets us truly analyze why anyone would resort to violence on Purge Night. So, it’s a slower burn. Whereas the movies are kind of a punch in the face — you know, these big events — I think the TV show, with the real estate of it, allows us to truly analyze why anyone would pick up a gun or a knife to solve a problem. We really get to examine the night, and the intricacies of the evening, and the nuances of the evening, and the different kinds of people who are out on the streets in a way that I just couldn’t do in the movies.”

Hearing the news that the TV series will be taking place on purge nights have made us even more excited, and maybe more terrified, of seeing the forthcoming show on the small screens.

Are you ready for the new Purge TV show? Will you be seeing The First Purge in theaters come July 4?

Let us know in the comments below!