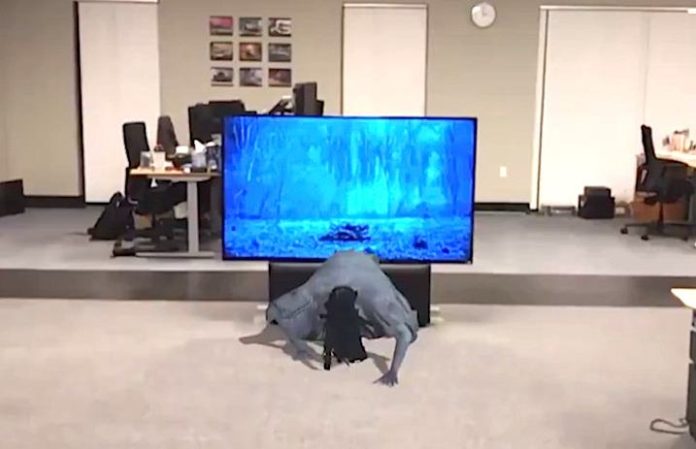 Well, we definitely don't want this in our living room! One inventive horror fan has recreated that scary scene from The Ring movies with augmented reality, and the hair-raising results are just a little too real. Check it out below.

Read more: Book a stay at the 'Friday The 13th' camp

Yep, as reported by HuffPost, tech designer Abhishek Singh used AR to make The Ring's creepy ghost girl Samara Morgan crawl up from the well, out of the TV and into his life—just like in the movie! Whereas AR's merrily entertaining capabilities are flaunted in recent games like Pokémon Go, Singh is aparently using his AR-programming talent for a more ominous aim. We're horrified!

The monstrosity was created with Apple's new AR Kit, as noted by Screen Rant. If you're not familiar with The Ring films, all you need to know is that Samara stalks her prey seven days after they view a cursed video—the spooky premise sparked in Japanese horror flick Ringu (1998) and retooled for English-speaking audiences in The Ring (2002), The Ring Two (2005) and last year's Rings.

I reenacted a famous scene from 'The Ring' to bring #horror movies to life in AR#madewithunity #ARKit pic.twitter.com/fRU2ul56ki