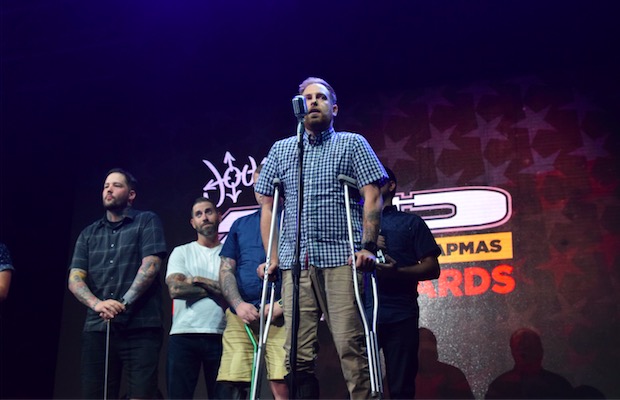 The Ghost Inside took home Most Dedicated Fanbase at the 2016 Alternative Press Music Awards. This comes nearly eight months after their involvement in a tragic bus accident that claimed the lives of two drivers and left the band members with extensive roads to recovery.

Watch: Here’s new video of the Ghost Inside drummer learning to play after losing leg

A heartfelt acceptance speech left the entire scene showing their support for the band. Below are a few comments from various members of bands from all across our scene.

So proud of @theghostinside on their win tonight. Seeing them all together on stage again was the highlight of my year.

A super powerful moment watching @theghostinside walk on stage and receive that award – then dedicate it to the deceased drivers. Wow ��

Congrats to @theghostinside for winning the Most Dedicated Fans Award. It was an honor being able to present it to them. #APMAS