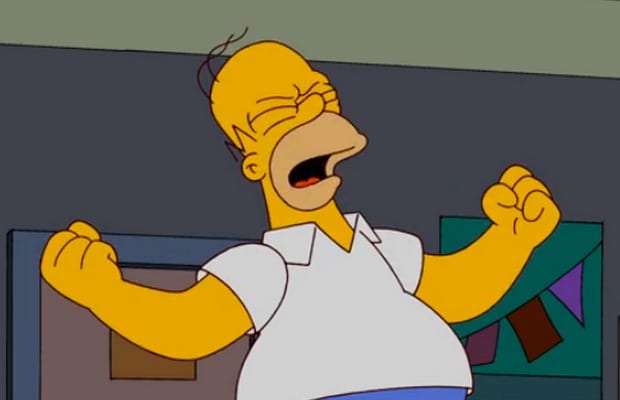 The Simpsons has surpassed Gunsmoke as the longest-running scripted TV show, and celebrated in the best way: with a parody.

Watch the video below!

Episode 636 of The Simpsons aired on Sunday, April 29, beating Gunsmoke's record of prime-time scripted series with the most episodes.

The Washington Post reports the Western show delivered 635 episodes between 1955 and 1975, while The Simpsons are currently on Season 29 and have already been renewed for another one.

To celebrate the record, Fox aired a parody of Gunsmoke's opening, and it's hilarious.