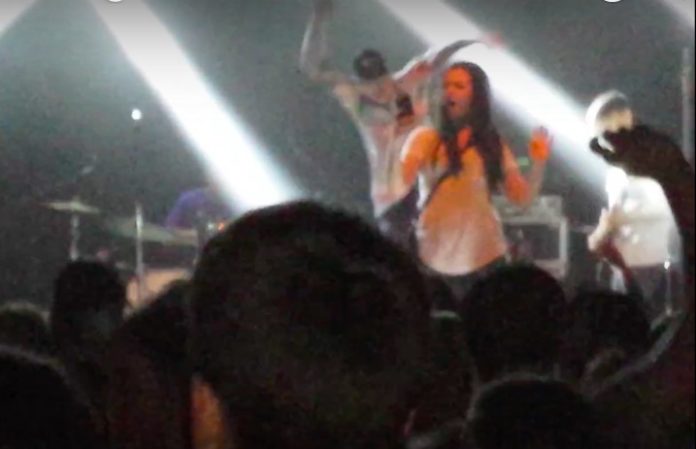 During the Story So Far’s April 10 show at the Mod Club Theatre in Toronto, Canada, frontman Parker Cannon kicked a female fan off stage.

Read more: 24 awesome cases of musicians calling out security, fans and even each other onstage

Around the 0.34 mark in the fan-shot video below, you can see the attendee get on stage holding their mobile device, only to be unexpectedly kicked from behind by Cannon.

This isn’t the first time the singer has made headlines for forcibly removing a fan from a stage: In June 2015, he kicked an attendee after they got up from the crowd for a selfie.

Watch: The Story So Far intervene with Warped security

Every Time I Die are obviously not fans of the stage selfie, but the Color Morale’s Garret Rapp doesn’t care what you do at a show as long you’re having fun. Share your thoughts on the stage selfie in the comments below.