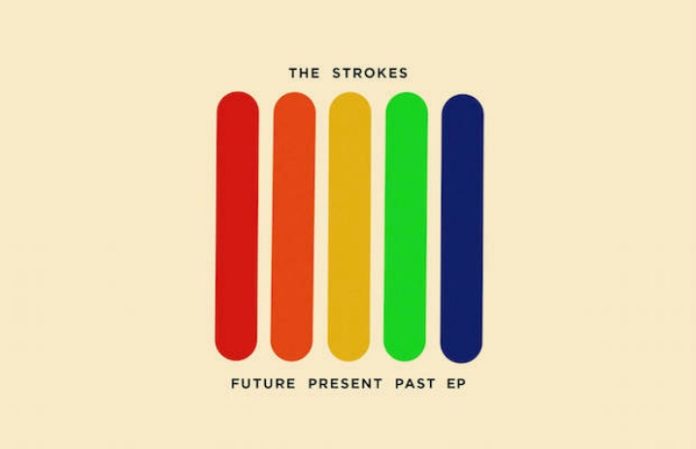 After mysterious billboards cropped up in L.A. and New York yesterday hinting at news from the Strokes, frontman Julian Casablancas premiered brand new track “OBLIVIUS” on his radio show.

The song, which comes off of the band's upcoming EP FuturePresentPast, is their first since their 2013 record Comedown Machine. The EP will also include new tracks “Drag Queen” and “Threat of Joy.”

Read more: The Strokes’ guitarist opened for the Strokes

That means the band will have fresh material to play when they headline the Governor's Ball music festival in New York, June 3-5!

You can pre-order the track and stream the whole EP later today on Cult Records' website.

Check out the album artwork below! Are you excited for new Strokes music? Let us know in the comments.