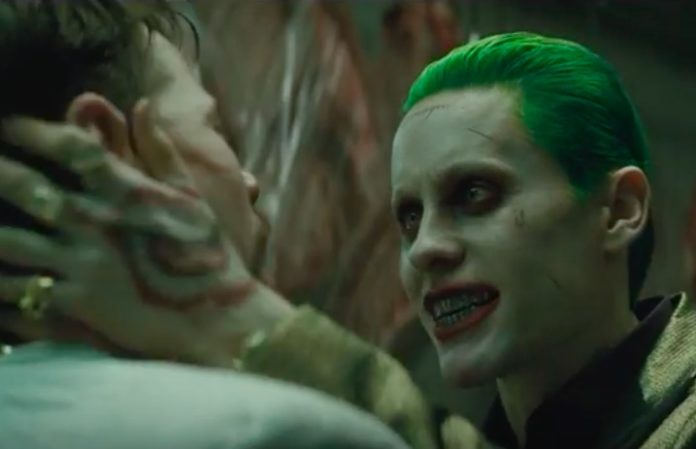 Suicide Squad promises an adventurous and irreverent detour from the self-serious action of Batman v Superman: Dawn Of Justice.

Countless fans cosplayed as Margot Robbie’s Harley Quinn at this year’s San Diego Comic Con. People have debated the pros/cons of Jared Leto's take on the Joker from the moment he was cast in the role. But the critical verdict on Suicide Squad has remained in question. Until today.

The first reviews have arrived in the run-up to the PG-13 action/adventure movie’s worldwide release on Friday. Suicide Squad writer/director David Ayer has certainly delivered before, with highly-regarded movies like Training Day (which he wrote but did not direct) and End Of Watch. But the critical consensus thus far paints a picture of a movie that’s a muddled mess brightened by standout performances from Will Smith (Deadshot) and Robbie, with at least one major critic praising Leto’s much debated turn as the Clown Prince Of Crime.

“Leto’s legendarily demented Joker is utterly captivating in his handful of scenes,” wrote Daily Beast’s Jen Yamato. “DC finally lightens up with a fun, grimy anti-hero team-up. Not even Harley Quinn can save the whole Squad, but as a sideline stop on the way to Justice League, it’ll do.”

The latest chapter in DC's universe building movie franchise contains extended cameos from [SPOILER ALERT] Ben Affleck as Batman and Ezra Miller as the Flash, both of whom will appear in next year's Justice League. Batman v Superman introduced both characters, as well as Wonder Woman and Aquaman (both of whom will appear in their own standalone films as well as the Justice League movies) which many critics and fans felt weighed the movie down with too much to do. Suicide Squad doesn't appear to have side stepped that problem.

“A puzzlingly confused undertaking that never becomes as cool as it thinks it is, Suicide Squad assembles an all-star team of supervillains and then doesn’t know what to do with them,” wrote The Hollywood Reporter’s Todd McCarthy, echoing a sentiment expressed by indieWIRE’s David Ehrlich and Alonso Duralde of TheWrap. “Can barely get all of these characters onto a billboard, much less a movie,” Duralde wrote.

Time Out’s David Calhoun enjoyed the film, calling it “a twisted B-side to some of the slicker comic book movies.” Empire Magazine described it as “like Avengers Assemble forced through a Deadpool mangle” and Village Voice expressed an appreciation for the character’s depths.

A handful of the reviews marked “Fresh” on movie review aggregator site Rotten Tomatoes are in fact more “mixed” than positive. “For DC, which blew it with Batman v Superman, Suicide Squad is a small step forward,” wrote Entertainment Weekly’s Chris Nashawaty. “But it could have been a giant leap.”

“Haphazardly paced and generically plotted,” reads We Got This Covered’s “fresh” review, “Suicide Squad benefits immensely from the winning presence of Will Smith’s Deadshot and Margot Robbie’s Harley Quinn.” Den Of Geek confessed “logic waved bye-bye” to the film's story elements, but nevertheless deemed it “a damn captivating spectacle.”

ScreenCrush, Vanity Fair and Movie Nation all delivered “rotten” reviews. At present, Suicide Squad sits at a lowly 37 percent on the Tomatometer.