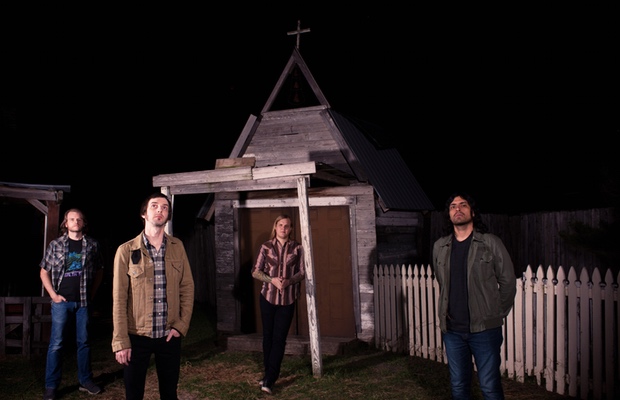 The Sword are gearing up to release their fifth album, High Country, and in preparation for the record, the band have unleashed a new single, titled “Empty Temples.” After listening to the song, it is clear that the group was aiming for a classic sound, similar to Thin Lizzy and ZZ Top. Listen to the track below!

Guitarist Kyle Shutt explains: “'Empty Temples' could be considered our mission statement for the record. We've shed our old trappings and embraced a livelier, more upbeat approach to songwriting while still maintaining the vision we shared when we started this band over a decade ago. High Country has more flavors than any of our previous records, everything from folk to pop to boogie to straight-up rock, and proves that we are the other 'Little Ol' Band From Texas.'”

High Country is now available for pre-order on the band's website and is scheduled to release on August 21. Details of a North American tour in October are yet to be announced.