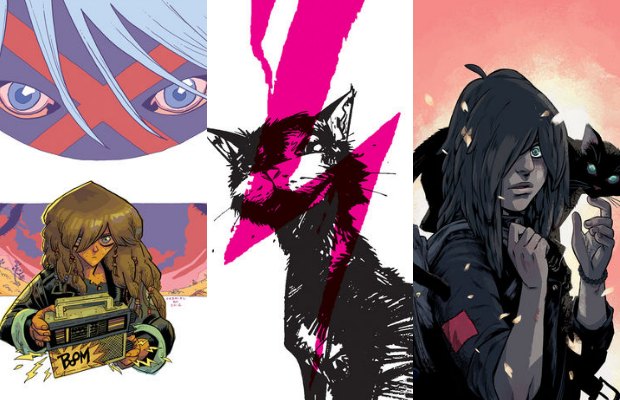 Dark Horse Comics have revealed more information about the upcoming The True Lives Of The Fabulous Killjoys comic. The comic, co-authored by My Chemical Romance's Gerard Way and Shaun Simon and illustrated by Becky Cloonan, will see its issue one release on June 12, 2013, following a May Free Comic Book Day preview.

View the first issue in the series' variant covers below and read Dark Horse's plot synopsis:

“Years ago, the Killjoys fought against the tyrannical megacorporation Better Living Industries, costing them their lives, save for one—the mysterious Girl. Today, the followers of the original Killjoys languish in the Desert while BLI systematically strips citizens of their individuality. As the fight for freedom fades, it’s left to the Girl to take up the mantle and bring down the fearsome BLI or else join the mindless ranks of Bat City!

The follow-up to the album Danger Days: The True Lives of the Fabulous Killjoys!“ 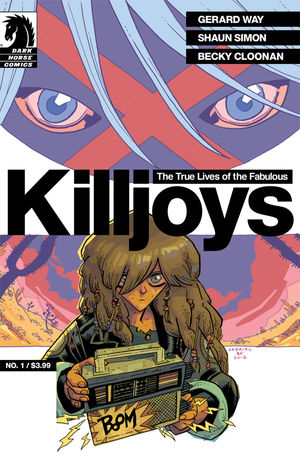 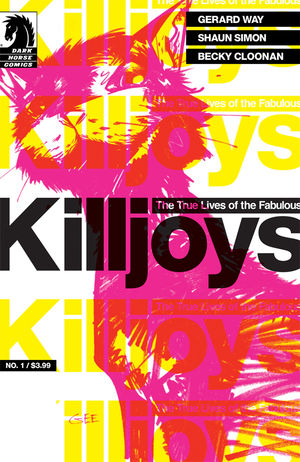 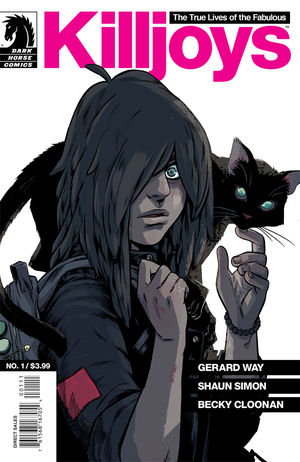 The True Lives Of The Fabulous Killjoys comic has been long in-the-works, first noted publicly at San Diego Comic Con in 2009, before My Chemical Romance's 2010 eponymous Danger Days album, which was loosely based on the comic's then concept.

Last October, Way, Simon and Cloonan explained the influence of the album on the comic to Newsarama at New York Comic Con: “…the comic informed the album, and then the album refined the idea and what the comic would become,” Way said.

It has been noted that the comic will be a continuation of sorts of the story laid out in the “Na Na Na…” and “SING” videos from Danger Days, featuring “the Girl” character at 16.

So, here's where we left off…