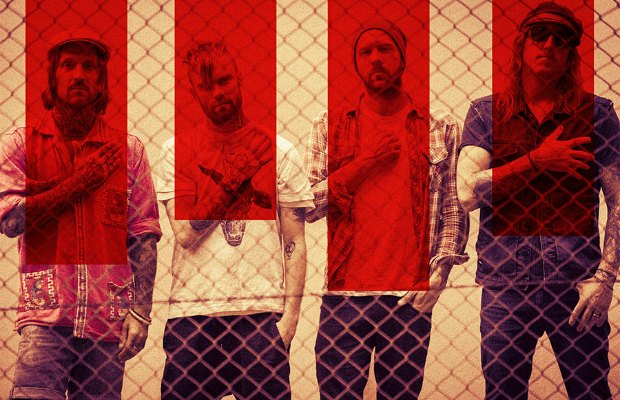 The Used have announced their sixth full-length album, Imaginary Enemy, which was produced by John Feldmann and will be released on April 1.

Judging by the album cover, featuring the faces of numerous political figures, and the titles of a few tracks (“Revolution,” “War On Terror”), it’s safe to say the Used are getting a little political with this one.

Pre-orders for the album are available now. You can check out the album art and full track listing below.

Imaginary Enemy will be the follow-up to 2012’s Vulnerable.