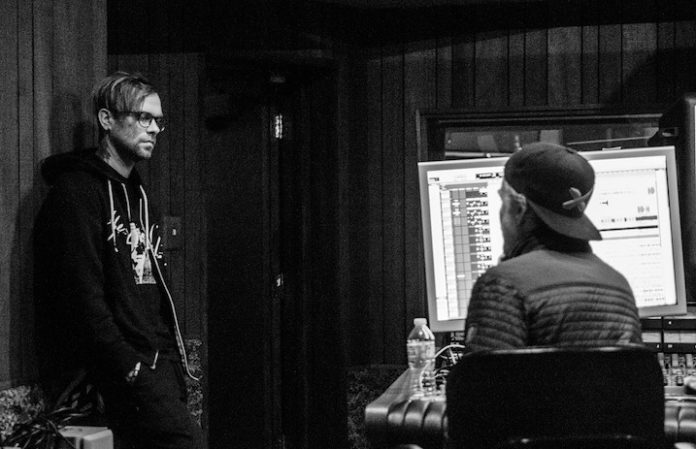 The Used's Bert McCracken recently opened up on a podcast about the band's upcoming seventh album, The Canyon, and how much the album means to him.

Check out what he said below.

“Every day before we'd leave the studio, everybody would hug each other and look each other in the eyes and tell each other 'I love you,'”

The Used have been working on this latest album, The Canyon, for the last two to three years and at the time, no one in the band wasn't sure what the album would be about, but now McCracken has opened up on just how personal of an album this is for him.

“For a lot of old school The Used fans that know about my relationship with my first love, this was a person in my life who kind of took it upon himself the responsibility for her death because he was the one who provided the methadone that she overdosed on and he was never able to forgive himself, but, bigger story, he was on Prozac for about 10+ years and, classic story, he stops taking it and seven days later drives up into Provo Canyon – which is where I grew up, it's my childhood, every good and bad memory I've ever made kind of comes from there – and he put a gun to his head and took his life up there.”

In a retreat with guitarist Justin Shekoski, the two bonded and connected over painful losses in their life. McCracken with Traegan and Shekoski, who lost his father about ten years ago. Anytime someone loses someone close to them, it's common to think about what they might say if they could have just five more minutes or just ten more minutes and that's something McCracken tapped on in The Canyon.

“Just like I say in the beginning of the record – we wanted to write a song that captures that moment. If I had five minutes, 10 minutes left of time to say anything, not just to Traegan – the person who I lost last year – but anyone I've lost. I think humans can all connect on that level, love is very painful and that's the duality I'm trying to capture in the metaphor in 'The Canyon' – what creates a canyon is deep, deep time, hundred of thousands if not millions of years of water cutting into rock, I thought that was so powerful, it also represents both sides of love and pain and happiness and all of it.”

McCracken and Traegan had a very intense and emotional friendship that McCracken opens up about, discussing a moment the two shared in a hotel room describing it as “the only truly personally intimate connection I've had with another male on this planet in a physical way.”

It sounds as if working on this upcoming album was practically a cathartic experience for McCracken and we can't wait to hear what the record brings.

“We've never had a more connected time creatively, I've never felt closer to peace and my understanding of peace being this aggressive selfless drive to create something, to explode into history as one, as all, not as an individual. So many, just monuments and huge moments, that when we were done, I was overwhelmed.”

The Canyon releases on October 27, via Hopeless Records.