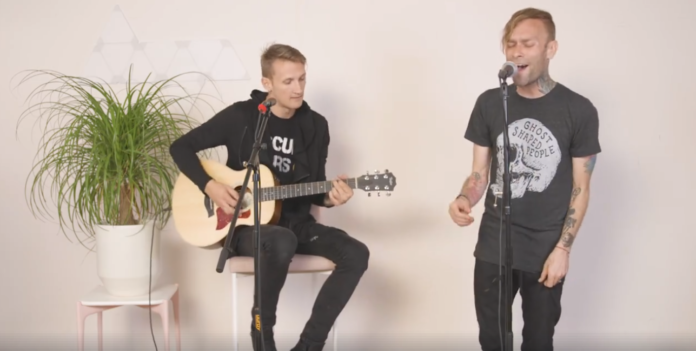 The Used’s new album The Canyon just released on Oct. 27, and in celebration of the LP, the band took to Nylon to record a special live version of the emotion track “For You.”

Read more: ‘The Canyon’ is the Used’s most soul-wrenching effort to date

According to Bert McCracken, the song is dedicated to the loss of his childhood friend Tregen Lewis, who committed suicide in 2016. This beautiful yet haunting track is a tearjerker of an album opener, as Bert relates the longing of wanting just five more minutes with his best friend. There are references to McCracken singing all the songs in the future just for Lewis, as a symbol of how much their friendship meant to him and always will.

“I wanted to open the song with [the idea of] getting to spend five more minutes with someone I’ll never see again,” said Bert during a Q&A with Genius. You can certainly hear the rawness in this track, and Nylon’s video lets you see the emotions passing over Bert and the rest of the band as they perform the touching tribute to a friend long gone.

If you've listened to the new album, which are your favorite tracks? Let us know in the comment section below!