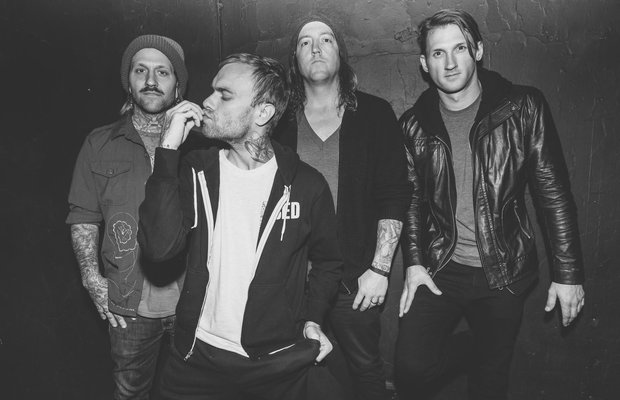 Quinn Allman, founding member and former lead guitarist for the Used, is reportedly suing his former bandmates saying they owe him funds for “touring, album and merchandise” sold before he was removed from the band in 2015.

Read more: The Used’s Bert McCracken on Chester Bennington: “He saved my life”

According to The Salt Lake Tribune, he is also seeking damages for late royalty payments, claiming his finances have been hurt by alleged “unlawful tactics intended to get him to accept unfavorable terms in a proposed termination agreement.”

Parr Brown Gee & Loveless attorney LaShel Shaw, who is representing Allman, said in a phone interview with The Salt Lake Tribune that due to the band’s failure to make payments owed him on a regular basis, it “has hampered his ability to move forward with other music projects.”

“Quinn is a very talented musical artist, and just from looking at his résumé, you can see he’s able to do really interesting things in the industry,” Shaw said. “This will finally free him up to pursue other ventures.”

Shaw did not specify how much Allman is seeking in the lawsuit, but claims it’s a “significant amount,” which, stated in the lawsuit, is “in no event less than $250,000,” The Salt Lake Tribune reports.

Back in 2015, The Used officially parted ways with guitarist Quinn Allman and announced they’d be permanently joined by Saosin guitarist Justin Shekoski.

According to the band’s statement, Allman’s split was amicable. Allman said he received a termination agreement to sign away his membership in the corporate entities the band operates through The Used, LLC, and Burning Touring Inc.

However, according to The Salt Lake Tribune, he didn’t sign it. Allman says it “didn’t include severance or allow him control of his royalty payments for his 13 years with the band,” they are reporting.

It also failed to acknowledge that, as the lawsuit states, “Allman’s creative and business contributions were critical to the band’s success.”

Watch more: APTV’s Nick Major takes us behind the scenes on The Used’s 15th Anniversary Tour