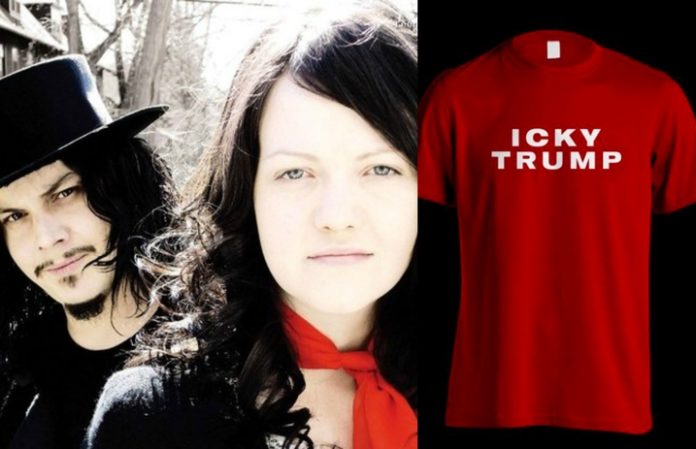 To continue their protest, the duo have taken inspiration from their track “Icky Thump” to create 'Icky Trump' shirts, available for pre-order through Jack White's label Third Man Records here.

The front of the red shirt boasts 'Icky Trump' in white letters, and the back says:

“White Americans? What?
Nothing better to do?
Why don't you kick yourself out?
You're an immigrant too.
Who's using who?
What should we do?
Well you can't be a pimp
and a prostitute too.”

In their original statement on Facebook, the band says:

“Regarding the use of 'Seven Nation Army' in a Donald Trump campaign video, The White Stripes would like to unequivocally state that they have nothing whatsoever to do with this video. They are disgusted by this association, and by the illegal use of their song.”

“Icky Thump” was on the White Stripes' 2007 album of the same name. The duo, Meg and Jack White, disbanded in 2011 after a long hiatus.