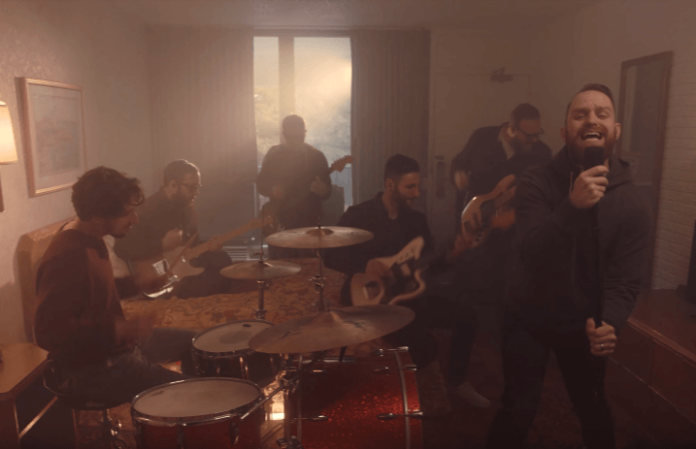 Following weeks of teasing, the Wonder Years have finally released the title track from their upcoming album, Sister Cities.

“It started with journals and photos. We started by documenting. We didn't know where it would go or if it would go anywhere at all but we wrote it all down. We took photos of everything. And then when it came to put it altogether, we had this catalog of how we felt and what it looked like and sounded like and we built from there,” vocalist Dan Campbell says on the band's inspiration behind Sister Cities.

“Figuring out what the moments were that stayed with me the most. When did I feel most connected to the people around me and why? What did being in this place during this moment teach me? It was a difficult year personally and globally and we experienced that through this lens of being everywhere but home, kind of floating through places and seeing how being there altered our perspective.”

The new music video is an emotional one, and if you're anything like us, you're bound to feel all the emotions.

Listen to “Sister Cities” below:

The Wonder Years' new full-length, their sixth studio effort, is called Sister Cities—confirming earlier fan theories and a probable track listing—and it's slated for an April 6 release. It's available for preorder here.

“The record comes to you as the sum total of 2 years of travel across 5 continents documented in songs, photos, journals, poems, paintings & artifacts, 2 years witnessing the ways humanity towers above all else,” the band wrote on Twitter.

Along with Sister Cities' slow reveal, we've also been graced with some fresh tour dates from the group—the band will be hitting the U.K. later this year, along with Sorority Noise. Check out the dates here.

Watch more: The Wonder Years on their fave Philly spots