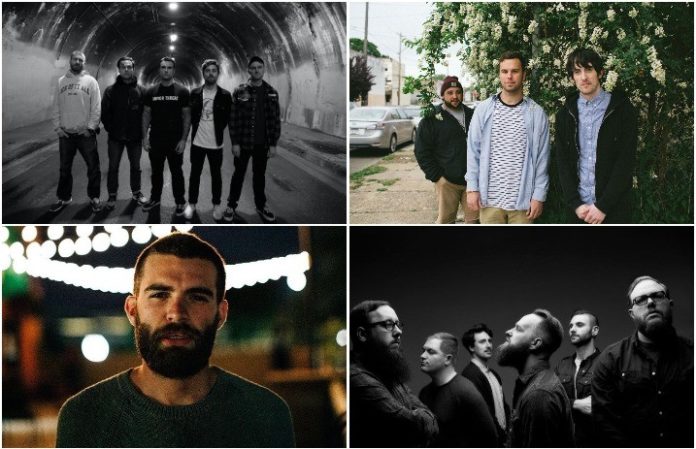 Watch new music videos from Stick to Your Guns and Super Whatevr—plus, don’t miss the Bled Fest lineup! Check out the news you might have missed today below!

Read more: Rise Against, A Day To Remember, more to play music festival in haunted prison

1. The Wonder Years announced a couple of pop-up shops in celebration of their new album

The Wonder Years announced a couple of pop-up shops in Chicago (March 30 and 31) and Philadelphia (April 5 and 6). The two-day events will have stripped-down performances, exclusive merch and an in-house tattoo artist doing album-inspired pieces. The pop-up shops will be in celebration of the band’s upcoming album Sister Cities, set to be released April 6. You can get your copy of the album here!

2. Stick To Your Guns dropped a music video for their song “The Reach For Me: 'Forgiveness Of Self'”

Stick To Your Guns have shared a music video for their song “The Reach For Me: 'Forgiveness of Self.'” The track is taken from the band’s new album True View, and you can get your copy of the album here! The band are also going to be heading out on a EU summer tour. For a full list of dates and tickets, you can go here!

Joyce Manor, Basement, Norma Jean and more have been announced for the 2018 Bled Fest! The jam-packed festival will be on May 26 in Howell, Michigan. Tickets are on sale now, and you can get them here!

The Neighbourhood have released their new song “Nervous.” The track is taken from the band's upcoming, self-titled album, out March 9. You can grab your copy here! The band will also be doing a few headlining shows this summer, and for a complete list of dates and to purchase your tickets, you can go here!

5. Awaken I Am posted a tour update video

Awaken I Am have posted a mini tour update. The band are currently on their first U.S. tour with I Set My Friends On Fire. You can see a full list of dates and grab your tickets to the remaining shows here!

We’re super stoked to release our official music video for #TELELELEVISION!!! Go check it out on @AppleMusic Full Video:https://t.co/VFCDOCnyTW pic.twitter.com/tQerEhxftl

Super Whatevr have premiered a colorful, new music video for their song “Telelelevision.” The song is taken off the band’s debut album Never Nothing, which you can pick up here. The band are also going to be hitting the road with Movements, Can't Swim and Gleemer this March and April, and tickets are available for purchase here.

7. The Insides premiered a new song

The Insides have premiered their newest song “Underline.” You can catch the band next month when they head out on tour with Rich People. Check out the dates below!

Watch more: “Don’t do what I did”–New Years Day reflect on the legacy of Warped Tour