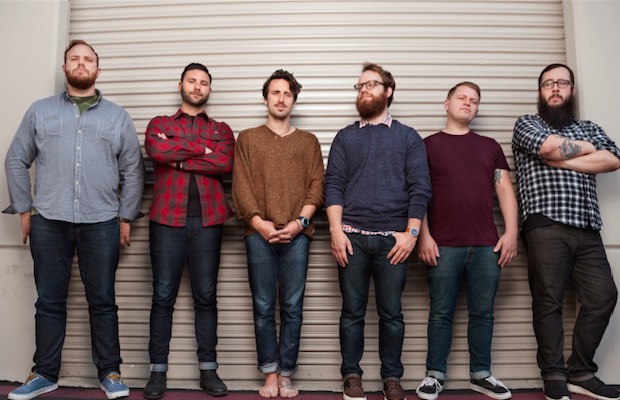 After announcing their new acoustic EP, Burst & Decay, The Wonder Years are back with a heartrending acoustic take on their song “There, There,” and a new tour to celebrate it all!

Give it a listen—and check out the cities and dates of their newly announced tour—below.

The band’s new EP, Burst & Decay, is set for a Sept. 22 release, and it includes seven tracks from the band's previous catalog, reimagined and presented acoustically. “There, There” is taken from the band’s 2013 album The Greatest Generation.

Their newly announced tour will be headed across the East coast, with support from Laura Stevenson, the Obsessives and Jetty Bones. Check out the cities and dates below:

Hitting the road for a run of intimate dates in small rooms playing stripped-down, full band arrangements of B&D & others from our catalog. pic.twitter.com/3fCIolmZ94

Vocalist Dan Campbell has explained more about their new venture, called “Loneliest Place On Earth,” a project with Hopeless that’s set to include further releases, artists and events.

Listen to “There, There” below:

And check out their track listing here:

What are your thoughts on the Wonder Years’ acoustic rendition of “There, There”? Let us know in the comments below.