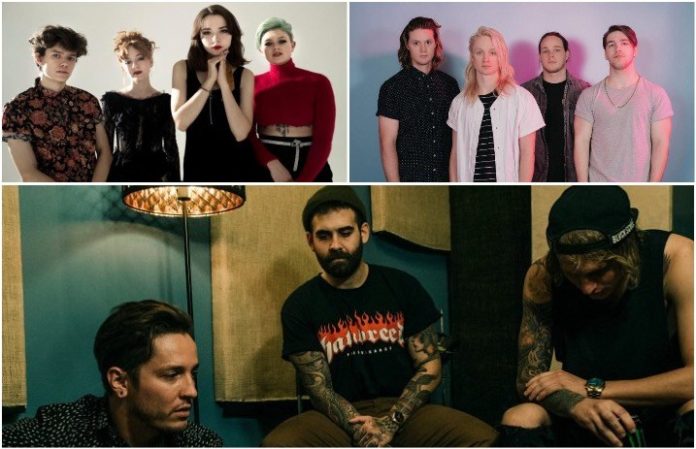 Catch the Word Alive at their secret show—plus, don’t miss a new music video from Picturesque. Check out the news you might have missed today below!

AMERICA! As well as supporting the incredible @thisisLANY, we're coming back for our first EVER headline US tour!! Can't believe it, this is just the start…

Do you live in Arizona and want to attend a secret event for our new album? Click the link in my bio and fill out the form to see if you'll be invited. It begins…

The Word Alive posted this mysterious Instagram post announcing a secret show, and fans suspect it’s leading up to their new album. If you’re in Arizona, click here and see how you could be invited to the show.

Picturesque released a new video for their song “Dead Flowers.” You can catch Picturesque on the final Vans Warped Tour this summer.

AViVA released a new video for “DROWN” today. You can catch AViVA at Groovin’ The Moo Festival in Australia this summer. Check out the full lineup here.

Yes it is true. We have signed to @takethistoheartrecords go check out our album “everyone else” (there’s a new song on it!) pic.twitter.com/J66ICErn7J

ManDancing have signed to Take This To Heart Records and are re-releasing their debut album Everyone Else. You can listen to the entire record here. Plus, they’re teasing a new EP, expected to be released early this summer.

WE ARE COMIN BACK FOR YOU UK AND US! and we’re playing LOLLAPALOOZA! tix avail friday 3/23 at 10am ET at https://t.co/UvTjHqvKJW ������ pic.twitter.com/hYI5l6NjTh

Came Cope announced U.S. tour dates with Petal, just after releasing their new album How To Socialise & Make Friends. Check out the tour dates below, and get your tickets here.