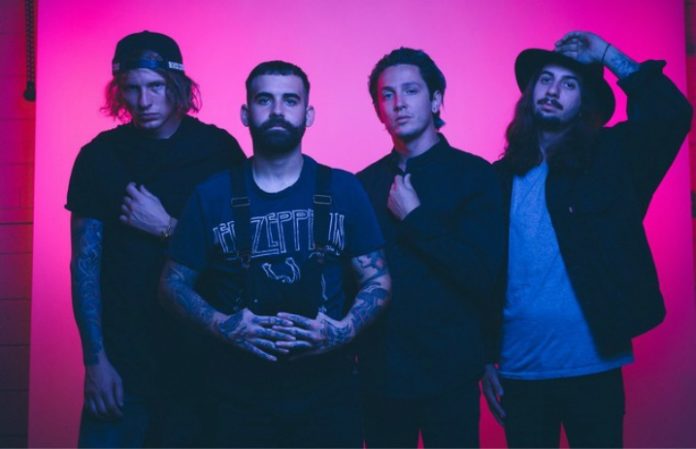 The Word Alive are currently touring Europe but that didn't stop them from debuting a reflective new track that you're going to be listening to all day long.

Check out “Misery” below!

Just a few weeks after announcing Matt Horn as the new touring drummer of The Word Alive, they've dropped this killer new track. Horn is not new to the band at all, as he had previously done work with The Word Alive on their album Life Cycles and has been their longtime drum tech.

The band, along with Fearless Records, had been teasing this new track from last night and we've been on the edge of our seats waiting to hear it.

Something special is coming tomorrow… pic.twitter.com/uDOE8mUshk

The band also shared the story behind their track on Facebook. Check it out below!

“We wanted to bridge the gap between our newest album “Dark Matter” and the writing process of what will become our fifth studio album. It's incredible to know the exact direction we will be exploring with our next record before writing even one song. After Warped Tour it was clear that we had something special with our newer material, especially songs like “Trapped” “Made This Way” and “Dreamer”. We wanted to morph those songs into something that would be an extension of those three songs in particular. Heavy, ambient, ominous at times and much more personal than our previous material. So we booked studio time with Matt Good (Dark Matter) to write an additional song. We booked five days with Matt and wrote “Overdose” within the first two days. We were feeling in the groove so we decided to aim for a second single. What came of that session was “Misery”. It's a extremely personable song that took influence from not just many of our fans stories over the years, but our own experiences in past relationships. Toxic people unfortunately have a way of disguising themselves in the beginning, only to show their true colors down the line. There's hope in this tormented story though and we hope you find yours. We'll be playing this song on all upcoming tours in 2017 so learn the words. The energy of this song live has been incredible every night of this tour, thank you “

The Word Alive, along with Silverstein and For The Fallen Dreams, will be touring Mexico in late May where you know they'll be performing this hit live!

Listen to “Misery” below!