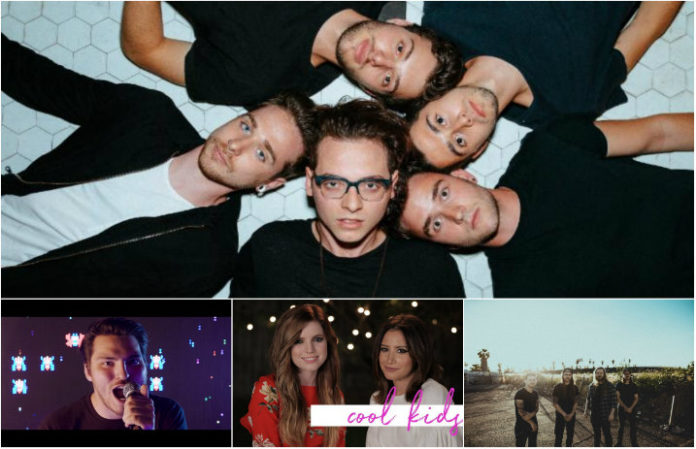 Listen to a new song from Weezer, watch a new music video from Sleep on It—plus, don’t miss The Wreck's first ever headlining tour.

1. The Wrecks are hitting the road on their very first headlining tour

2. Sleep On It release reflective video for “Window”

“Window” comes from the band's upcoming debut album, Overexposed. You can preorder the album before it releases on Nov. 3 here!

3. Weezer release a love song with more of a retro sound

This is the fourth single the band has released from Pacific Daydream, before it officially drops on October 27 via Atlantic Records.

Dark Flag was inspired by the Kim regime in North Korea and the atrocities they've committed.

“This album isn't a political statement. This isn't a conservative or liberal agenda. Dark Flag is about human rights and how precious and valuable life is,” said frontman Sean McCulloch.

You can preorder the album here and check out the album art and track listing below!

Filmed in her backyard, Music Sessions is where Tisdale writes, “Some of my musician friends will be invited to collaborate and play music in my backyard, in each episode I will join them as we perform a unique rendition of their songs or a cover, which can exclusively be found on my channel.”

Old Women features amazing tracks that truly allow the listener to explore how vocalist Kelc Galluzzo has grown a person.

Old Women will drop on October 6 via Take This to Heart Records.