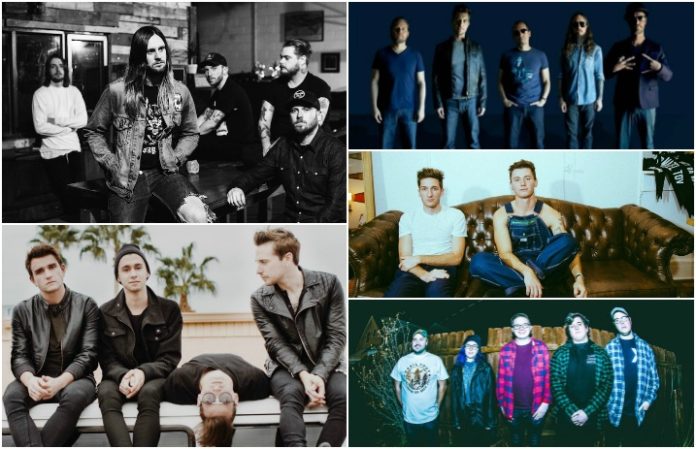 Catch the Wrecks, Super American, Everyone Leaves and 311 on tour—plus, watch a new music video from While She Sleeps. Check out the news you might have missed today below!

Vesperteen, Mainland and the Technicolors will be supporting the band on their North American run.

Not only did they announce a tour, but they shared that new music is coming soon, too.

3. Everyone Leaves announced a fall headlining tour with Young & Heartless.

The tour kicks off in Columbus, OH Oct. 20 and runs through Nov. 5 in Chicago.

Fall Headliner with @yngndhrtlss.
Stoked to play some new songs and hangout. Flyer by @aneasybakeoven pic.twitter.com/me1yiHtUn7

Plus, they announced that “311 Day 2018”—a day to celebrate 311 fans everywhere—will take place Saturday, March 10 and Sunday, March 11 at Park Theater at Monte Carlo in Las Vegas.

5. While She Sleeps dropped a new music video for “Steal The Sun.”

The track is taken from band's latest album, You Are We, released earlier this year.

The track is taken from their newest album, V•••-.

The band are teaming up with Lost Coast Brewery for the limited release IPA available as a limited release in select Southern California stores, bars and restaurants in early September, with expanded distribution in the coming months.