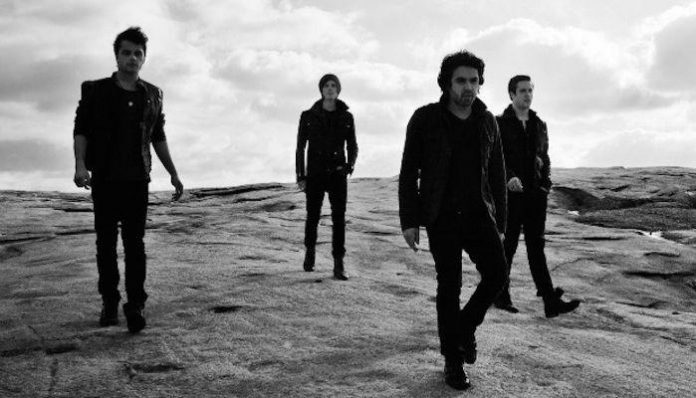 After calling it quits in 2014, the drummer of There For Tomorrow, Chris Kamrada has come out of the woodwork. While some of members from There For Tomorrow started a project called AFTRHR after their split, it looks like long-time followers of TFT are in for a sweet surprise.

On Twitter, Kamrada has hinted at a possible reunion for the project.

After posting a selfie, a fan replied to the tweet, calling for There For Tomorrow’s comeback. Luckily enough, Kamrada gave fans a very large glimmer of hope when he interacted with the tweet, saying that he’s “already on it.”

However, this is not the first time Kamrada has teased a potential reunion. Last year, in another fan interaction, Kamrada suggested the band had talked about the possibility of reforming internally before.

Maybe that idea has been discussed internally already 👽🤷🏻‍♂️ https://t.co/Dr4oKpvVnh

Since 2003, the Orlando-based band released three records and were on Hopeless for most of their existence. You can watch the music video for “A Little Faster” below.

The band originally broke up in November of 2014. During that time, the band released an official statement, labeling their final EP Nightscape as a farewell ode to their friends and family.

Following their announcement, the band played two farewell shows later that year. You can read part of the statement from the band back in 2014 below:

It’s been no mystery that we’ve made a conscious effort to take time off from traveling since the end of 2012. It was essential for us to come home & take time to find ourselves as individuals. When this all started, we set out on a mission as mere kids. We reached a point at the end of 2012 where we found ourselves feeling a bit trapped creatively, pigeon-holed and painted into a corner that we never anticipated to be in. This band & the music we’ve made over the past decade has never been compromised or forced. It has bonded us with so many thousands of die-hard passionate music lovers that we are so lucky to call fans. It has landed us opportunities to work hand-in-hand with world class talent. The experiences we’ve been so fortunate to have with taking our music around the world has opened so many doors for us as people and for our careers.

it is now the time in our lives that we must go on & discover these new doors that have opened for each of us. The legacy of there for tomorrow and the message we always wanted to portray will undoubtedly live with us all forever. There is so much to come in the future for all of us and for us as eager people, we have to explore. there’s no telling what might happen down the road, but for now we created the new ‘nightscape ep’ as an ode to all of our caring friends & followers. It’s another piece of the puzzle that will last a lifetime.

Are you excited for a potential There For Tomorrow reunion? Let us know in the comments below.