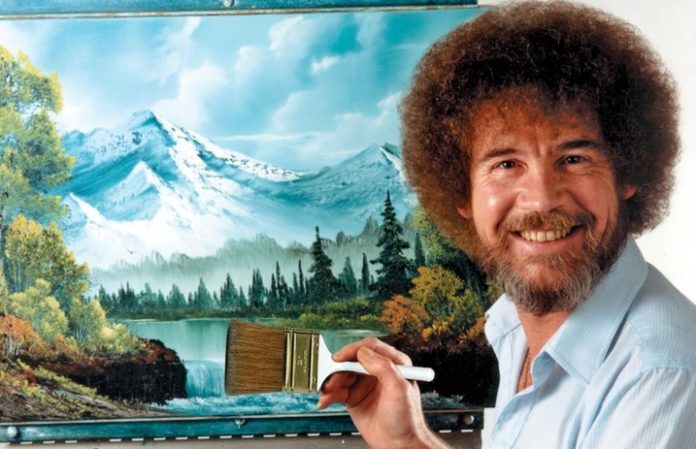 If you haven't heard of PBS' The Joy Of Painting, you've likely at least seen a picture of Bob Ross, the show's afro-clad host. The Joy Of Painting, which aired 400 episodes in the '80s and '90s, featured Ross painting soothing landscapes and “happy little trees,” sharing his secrets to oil painting with his trademark calm voice.

For some reason, someone is streaming every episode of the show on video game streaming site Twitch, and there are over 60,000 people watching right now.

The streamer will continue to air all 200 hours of The Joy Of Painting until he runs out of material on November 6.

“The Creative community was born from the gaming community on Twitch, as top broadcasters began broadcasting creation of fan art during gameplay down time,” says head of Twitch Creative Bill Morrier on the odd event. “This attracted more broadcasters to the platform whose primary focus was on artistic endeavors. With their passion, variety, camaraderie, and sheer organic growth, they inspired us to put a much larger spotlight on their community.”

You can watch Bob Ross paint trees for a week straight with 60,000 other community here.