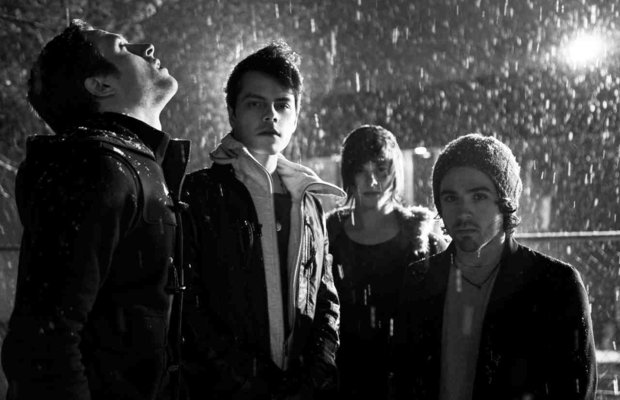 There For Tomorrow’s new album, The Verge, is out June 28. The band recorded it in their hometown of Orlando, Florida, with Elvis Baskette.

“We had no real clear-cut direction until we actually got into the studio,” says vocalist Maika Maile. “[We] went out to write two songs that [first] day and did the same thing for the next week and wrote 13 songs in 7 days. The album is the first 12 songs we wrote. We let all the walls come down and let everything just flow.”

Now that the album is finished, Maile is proud of its genuine nature. “We didn’t want to overproduce [it],” he says. “We were very, very frantic about, 'Is this too much? Is two guitars too much in this part?' We wanted to have this sense of space to it, and keep it true to what [was actually] happening in the live room. We preserved the energy that came about when we wrote the songs live. We’re really happy about that, because it’s going to come across at shows, too.”

There For Tomorrow is playing the entire Warped Tour this summer. Below, take an exclusive peek at the album cover and tracklisting. In addition, starting right now, you can pre-order the album via Hopeless’ website. Here are your choices: