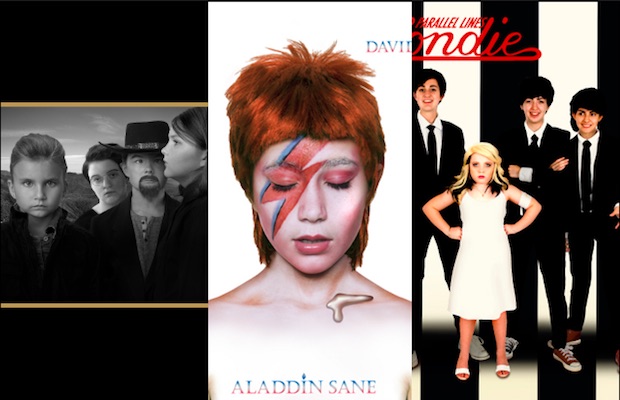 The Girls Rock Camp Foundation, a non-profit organization which generates funding and support for over 45 Girls Rock Camps in the United States, has launched a special project called Record Remake. In order to raise awareness and money for their end-of-year grant drive, GRCF has re-imagined several iconic record covers from Blondie, David Bowie, Haim, Janelle Monae, Katy Perry, Kendrick Lamar, Perfume Genius and U2, starring girls from Girls Rock Camps. Take a look at all of the re-imagined artwork below.

If you'd like to own any of these covers and support a worthy cause, prints of the work can be purchased as a benefit for the GRCF grant drive here.

Kendrick Lamar – To Pimp A Butterfly

U2 – The Joshua Tree