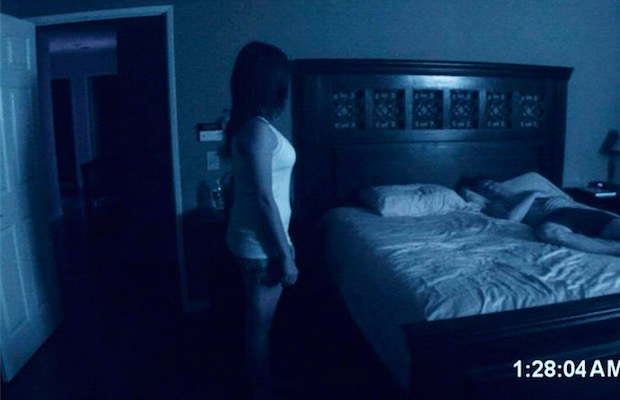 And they're so interesting. According to the video, these auditions were completely improvised—just like the movie's script. Check it out below.

The video says at the beginning: “In 2006, young actors Micah Sloat and Katie Featherston were among thousands who responded to an unusual casting notice: An untitled horror film with a budget of $15,000.”

Paranormal Activity initially released as an independent feature at Screamfest in 2007. Then, Paramount picked it up, reworked the ending and officially re-released it to theaters on Sept. 25, 2009. It's reported to be the most profitable film ever made based on return of investment.

There was no real script for the film. Instead, actors Featherston and Sloat were given outlines of scenes. It was Peli's directing debut. He would later go on to create Insidious.

Paranormal Activity is, of course, a found-footage film, and it was shot with a home video camera. Sloat and Featherston were originally paid $500 for their roles. The film would go on to spawn five sequels.