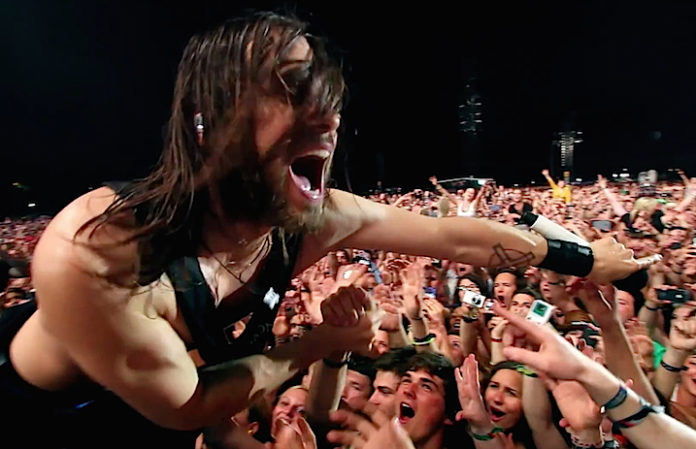 [Photo by: Thirty Seconds To Mars/YouTube]

Thirty Seconds To Mars have revealed a huge European tour for 2018! Jared Leto and co. will head across the pond this spring for a slew of shows in promotion of their upcoming fifth album, which we hope is out by then!

Get the complete list of cities and dates—and check out the band's mesmerizing new tour teaser video—directly below!

Thirty Seconds To Mars just finished up a U.S. tour with PVRIS and Muse, and the band will start their giant UK/EU jaunt on Mar. 11, 2018, at Lanxess Arena in Cologne, Germany, before ending the run in Berlin on May 3.

We've all been jamming the new Thirty Seconds To Mars track “Walk On Water,” the first single from the band's anticipated new album, and we're jonesing for more! The band performed the tune with rapper Travis Scott in a visually stunning showcase at this year's MTV VMAs. Check that out here.