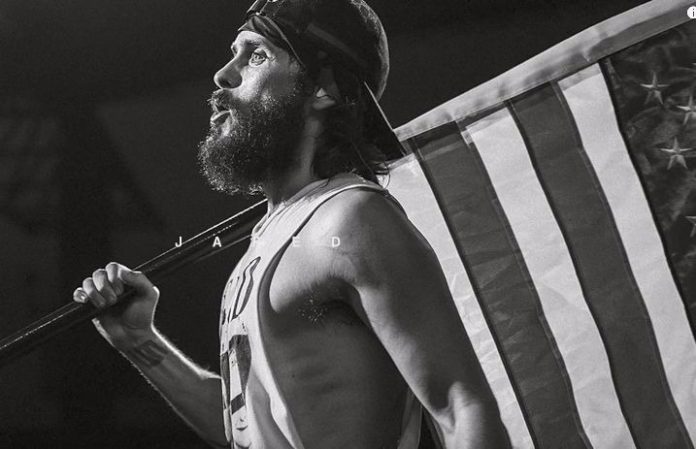 Thirty Seconds To Mars have released a new music video for their song “Walk On Water,” taken from their forthcoming fifth studio album.

When the song was first released, Jared Leto explained that the track is about freedom and fighting for what you believe in, with both the lyric video and now the music video featuring footage from people across the country—including LeBron James, Kylie Jenner and more.

Watch their new music video below:

Over 10,000 people submitted footage, in addition to the band’s 92 professional crews. They filmed in all fifty states, Puerto Rico and D.C. and to capture “a portrait of this country that is absolutely beautiful, challenging and unforgettable.”

The rest of the unused footage will be part of the documentary film, A DAY IN THE LIFE OF AMERICA, directed by Leto, that will be a companion piece to their new album.

The band’s last album, LOVE LUST FAITH + DREAMS, was released back in 2013. Check out their forthcoming list of tour dates below.

What are your thoughts on Thirty Seconds To Mars’ new music video? Let us know in the comments below!