Thursday, Hatebreed, SeeYouSpaceCowboy, more to play This Is Hardcore 2022

The Philadelphia festival is back for the first time since 2019.

Philadelphia’s This Is Hardcore festival is back for the first time since 2019. The event will run from July 7-10.

Hatebreed and Thursday will headline this year’s festival. SeeYouSpaceCowboy, Comeback Kid, Terror and Madball, among many others, also appear on the bill.

Both headlining acts are celebrating album anniversaries during the four-day event. Hatebreed‘s set marks the 20th anniversary of their second album, Perseverance. Meanwhile, Thursday are honoring the 21 years of Full Collapse, their sophomore LP.

The first two days of This Is Hardcore will be held at Philly’s Underground Arts. The event will then relocate to Franklin Music Hall for the final two days.

2022’s This Is Hardcore is heavy on well-established groups, but the bill also has more than its fair share of up-and-comers.

Check out the full lineup below and score tickets here. 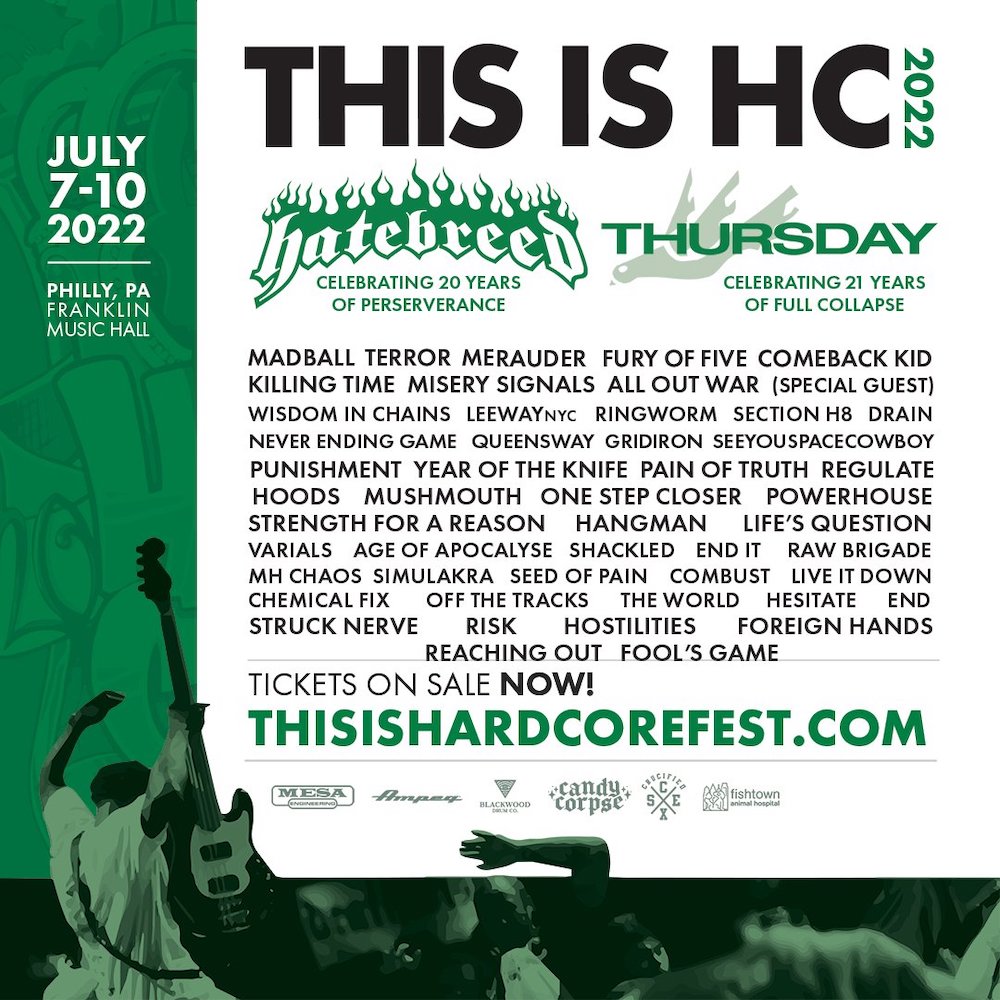 [This Is Hardcore festival poster]