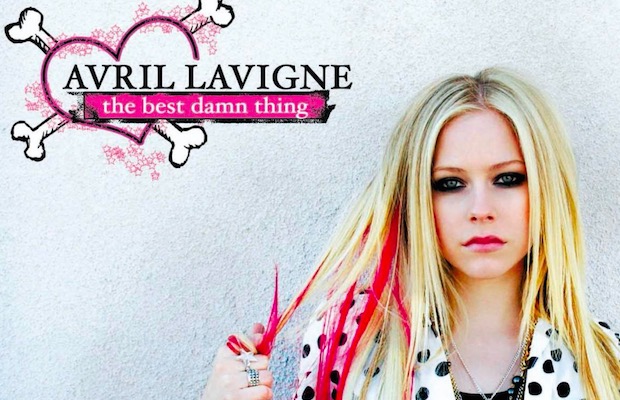 Marking the 14th anniversary of her massive single, “Complicated,” the internet has resurrected the conspiracy theory that claims Avril Lavigne is dead, and the internet is freaking out.

Check out the whole conspiracy below!

The theory, explained in massive detail by Twitter user @Givenchyass, states that Lavigne died in 2003, and it’s her look-alike that has been living in her place since then.

She starts relatively simply, talking more about the artist's background and how she had a look-alike pose for paparazzi in her place when she got overwhelmed by the attention following her first record.

avril lavigne is dead & was replaced by a look alike: a conspiracy theory thread pic.twitter.com/9eearQ2rte

so she decided to hire a look alike to walk around LA for her and pose for the paparazzi (avril on the left, look alike on the right) pic.twitter.com/wNSrDVh09i

However, the conspiracy gets darker when it says she ended up taking her own life in 2003 after her grandfather passed away.

she recorded those songs, having to frequently take breaks in between sessions to cry and calm down. she was absolutely heartbroken

And instead of letting the recordings from her second album go, they decided to release them—and let Melissa do the promo for it.

“she was at the peak of her career, so it is said that instead of letting the news of her dying go into the media, they used her look alike to live on the rest of 'avril lavigne's' life as her. they already had avril's recordings of her second album so they decided to release it. 'they' referring to her record company. her second album was released, and it was actually avril's voice so they didn't worry about melissa having to sing just yet.”

to live on the rest of “avril lavigne's” life as her. they already had avril's recordings of her second album so they decided to release it

She continued to share other background that Twitter users had shared, specifically regarding her change in appearance that just seems off…

While this seems unreal, the internet can actually see the potential… and we’re freaking out, too:

someone just dmed me this pic.twitter.com/3saLyPTpCJ

Me : y'all actually believe conspiracy theories?

When Avril Lavigne wakes up to news of her death pic.twitter.com/Ihr1XEtb5I

me: conspiracy theories are dumb & i don't believe in any of them.

twitter: Avril Lavigne died years ago and was replaced by a clone

And if you want to read the conspiracy theory in full, give it a read here.

What are your thoughts on the Avril conspiracy? Let us know in the comments below!