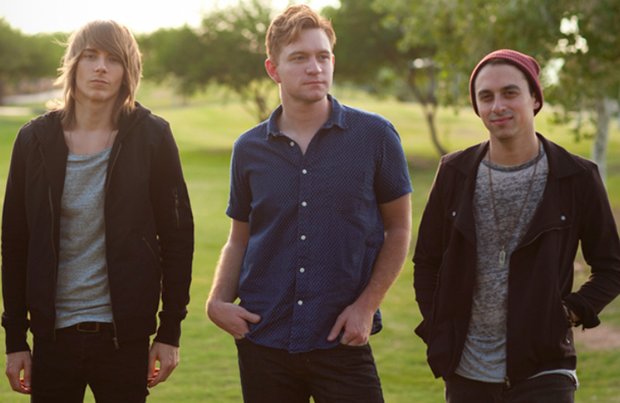 This Century's impending studio album, Soul Sucker, will be their last. Following a run of farewell shows later this year, the band will be calling it a day. Including Soul Sucker, This Century have released three studio albums since forming in 2007.

Read their lengthy farewell statement below.

The past eight years of our lives have been the craziest, most incredible ride. When this band started, most of us were still finishing up high school. We can still remember playing our very first local show, having no idea what we were doing. We just knew we wanted to perform music and hoped that it would somehow have a positive effect on people. Never in our wildest dreams did we think that we’d be fortunate enough to travel the world and perform for so many. As we toured, something much bigger than us started to take shape–something we ended up calling the TC Family; people all around the world that genuinely cared about us and what we were doing. We made some pretty amazing friends too. Over the years we became a part of and formed incredible relationships with everyone in the 8123 family. Having everyone’s support has brought the best out of us and made this whole thing much more special and exciting.

We have decided as a band that after eight amazing and fulfilling years, we will be closing this chapter of our lives and stepping out into the next. This band has allowed us to grow and learn more about each other than we ever thought we would, and we all feel like we’re better people because of that and because of you guys. We love each other like brothers, we always have and we always will, so we’re happy to say this isn’t a result of anything negative. This Century has been an amazing experience, but we unanimously agreed while we were making this new album that it was time to move on to pursue each of our passions and musical projects. We wanted to see this album through, however, and make it a great final record for ourselves, but more importantly, for the people who have supported us for so long. We’d like to think of this album as a celebration of the music we’ve been able to create with each other against all the odds and circumstances we’ve faced. None of this would even be possible if it wasn’t for the constant dedication and support from our fans, friends and family. We can’t thank all of you enough for making This Century such a lovely journey…we love and appreciate you more than you could ever know.

We will be releasing our new album Soul Sucker on June 2nd and following that up with some final shows throughout 2015. We’re going to be trying our hardest to get more shows booked both in the US and internationally so we can come and say thank you in person to as many of you as possible. We will also be playing these last shows as our original lineup, so we’re happy to tell you that Alex will be coming along with us! Despite This Century coming to a close, each of one of us is continuing to do music in some way shape or form. Joel is already working on music for a solo career and plans to tour and see all of you in the future. Sean will continue to do work on music production/songwriting and also plans to do touring as well. Ryan will be releasing music from time to time with his music project Stop Dead.

Again, we want to thank each and every one of you from the bottom of our hearts for what has been an amazing eight years, your love and support has never gone unrecognized. Each of us looks forward to continuing to make music for you! We will try to be as available as possible on our personal social accounts if any of you have a question or just want to tell us something smile emoticon