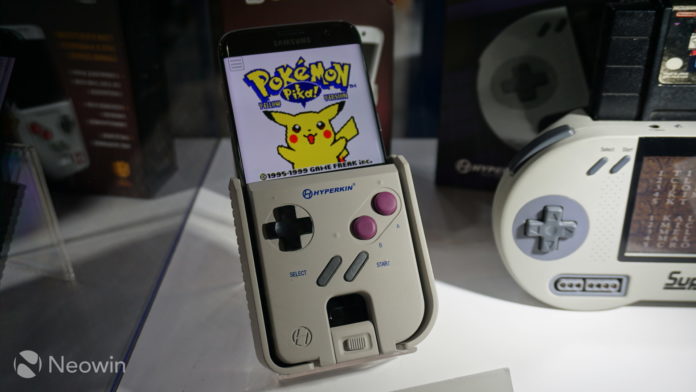 Hyperkin’s Smart Boy is a case that turns your smartphone into a fully functional Game Boy. It was on display at this year’s E3 with an updated design.

Specifics on the device are scarce at this point, but a December release is being reported among various gaming outlets. Additionally, judging by these pictures from Neowin, it will offer cartridge support.

As Gizmodo points out, however, the Smart Boy’s E3 display only showed it with an Android device—not an iPhone. It remains unconfirmed whether or not it will be available on both operating systems.

Is the Smart Boy something you would purchase? If it doesn’t make it to iPhone, is it enough incentive to make the switch to Android? Let us know your thoughts!