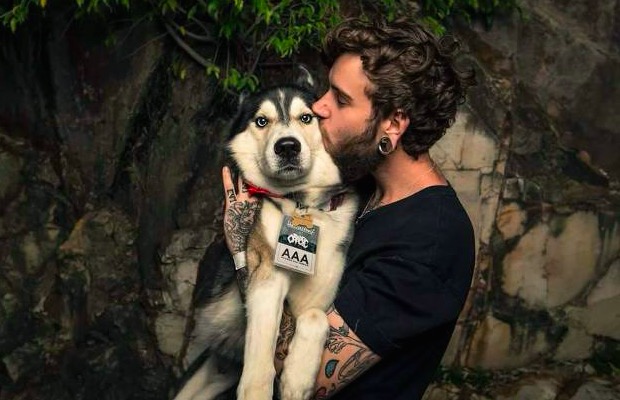 Meet Xero: A dog that is an actual roadie for touring bands. Daniel Lohrey, Xero’s owner, picked the four-year-old Husky from a local breeder. Back then, he was referred to as Mama’s Boy because he would never stray incredibly far from his mother, (via TheMusic.com.au.).

“I started playing in a band called Exile when I lived In Gladstone, QLD,” explains Lohrey on how Xero began getting involved with music. “I started taking him to our shows because one day I was leaving to one and he had a sooky tantrum when I picked up my case so I just took him with me.”

Lohrey operates Wolfpack Touring, a company that works with bands such as She Cries Wolf, Tomb Of Doom and Blind Oracle.

“We currently have two vans running, a seven seat people mover dubbed the Spaceship and a 13 seat carrier van,” says Lohrey. “[Xero] has his own dedicated spots and even sneaks the cheeky passenger seat when the seats aren't all occupied.”

“He's got quite the name all over,” Daniel adds. “People have told me they come to shows just to see him.”