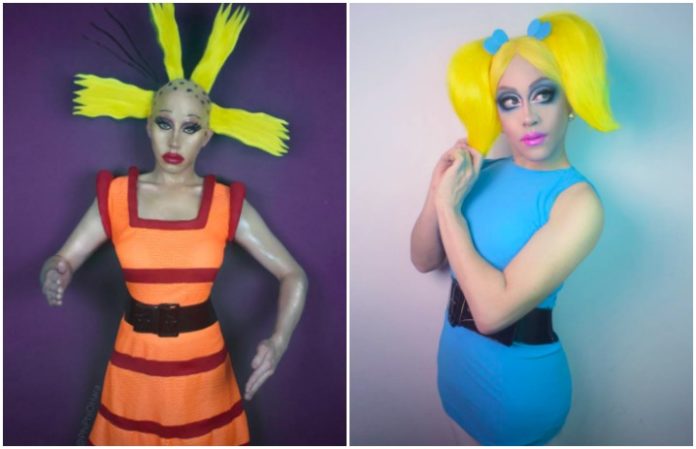 Phi Phi O'Hara was a contestant on Ru Paul's Drag Race during season four and All Stars season two.

Throughout 2016, she completed the “365 Days of Drag” Instagram project, which saw the incredibly talented drag queen transform herself into a new look each day.

As Refinery 29 points out, O'Hara took the time to recreate some of our favorite '90s cartoons characters, and we're in awe.

Last, but not least, Dot Warner:

[ 42/365 ] #365DaysOfDrag “90S CARTOONS!” NEXT UP…..#DOT! #Animaniacs I used one of the prosthetic noses I made, and for the eyes, they are open, I simply put in my black sclera lenses and used Kryolan Aquacolor to draw the ovals around my eyes. I cut an old wig and sprayed it to keep its shape and pulled the wig over my ears since DOT doesn't have ears like humans.