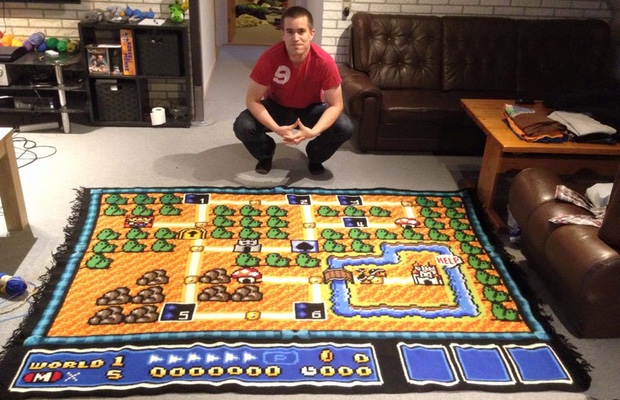 According to Nordin's friend, Redditor AlexKingshill, Nordin spent about six and a half years to make the carpet, which contains perfectly color-matched yarn and impeccable detail. You can see some pictures of the incredible carpet below, via AlexKingshill's Imgur post.

Never give up! We can only assume that Nordin will try to take on a pixel-perfect re-creation of the Elder Scrolls V: Skyrim map next.