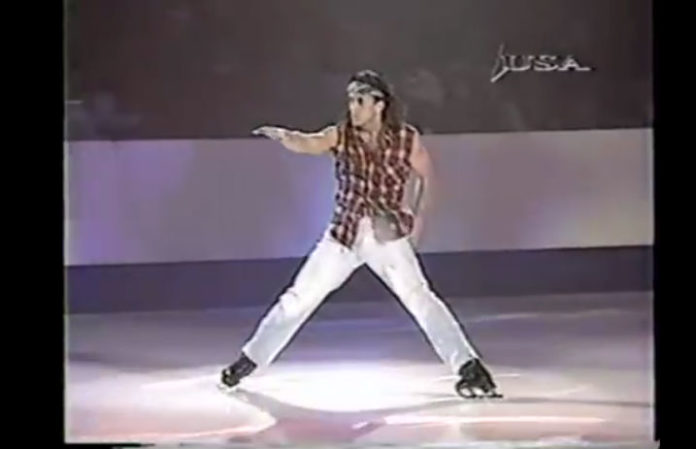 In September of 1991, Nirvana's hit song “Smells Like Teen Spirit” was released and it changed music history.

…And back in 1998, ice skating history was changed when Scott Williams did a badass skating routine to that very song.

Stereogum posted about it to commemorate the song's anniversary, and now we're posting about it because the routine is just so awesome.

Williams is wearing a total grunge outfit out on the ice, although how he managed to not tear his acid-wash jeans will forever be a mystery. He was part of the touring Champions On Ice show and it wasn't a typical performance. Towards the middle of the video, you can hear a judge narrating. “The music is by Nirvana, and this is not a group that you would frequently hear in a figure skating show,” he says.

But we're so happy Williams actually did it.