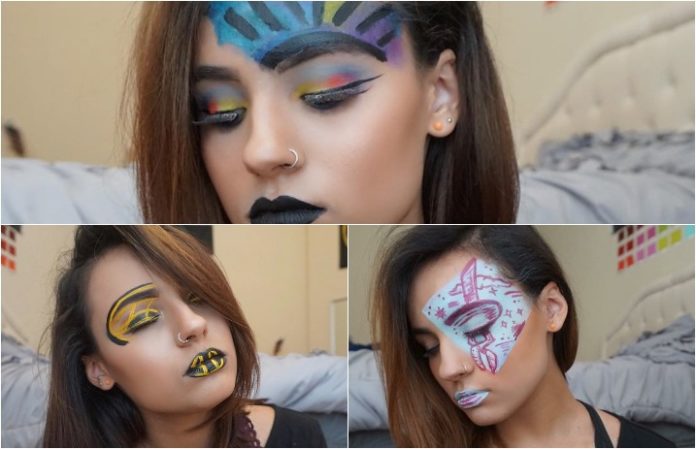 Sure, most fans prefer to rep their favorite band with some merch, and some go as far as to make amazing artwork or T-shirts. However, beauty guru Sydney Perkins, known on Instagram as syd_perks and Twitter as @sydtayxo, has proven that the best way to celebrate to your favorite record is by recreating it with makeup.

Check out her stunning looks below!

Her beauty looks, created for the site Brighter Beats, is meant to bring the art of music to life.

“In an effort to bring the art that corresponds with music to life, welcome to a new series where Sydney creates makeup looks inspired by album artwork (and maybe more),” site writer Hannah Hines says. “Music doesn’t have to just be a medium you experience, but also interact with.”

We are blown away by every one of her makeup recreations. From Boys Like Girls' self-titled, to With Confidence's Better Weather, we can't get enough of these beauty looks. Check them out below!

State Champs, Around The World And Back:

Set It Off, Upside Down:

Against The Current, In Our Bones:

7 Minutes In Heaven, Side Effects:

Of course, Sydney’s Instagram and Twitter are filled with endless amounts of beauty inspiration, so be sure to check them out. (And maybe even try out your own album-inspired makeup look while you're at it!)

Which album cover recreation is your favorite? Let us know in the comments below!

Watch more: If I Ruled The World: With Confidence explains how they would make the world a better place