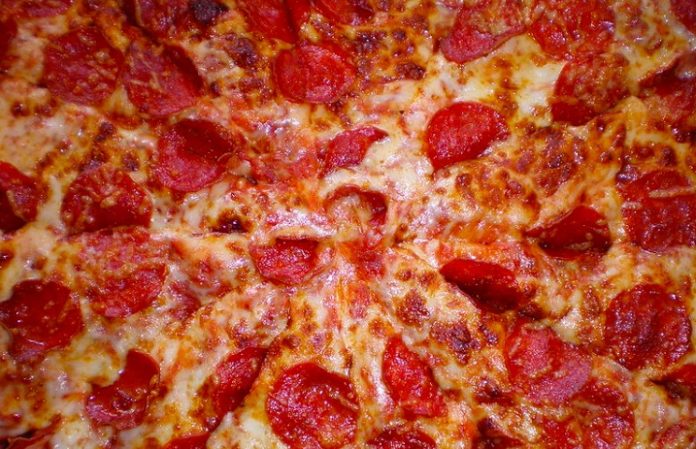 First a pizza vending machine, now this? Domino’s in New Zealand made its first delivery by drone—and it's seriously amazing. Check out the pizza landing below!

Read more: 3D printed pizza could be coming to a concert near you—watch

In an interview with The New Zealand Herald, Domino’s said the first official delivery followed a number of trials that tested such things as food temperature. They partnered with Flirtey, the startup delivery service, for this project, and the company tells The New Zealand Herald that they’re planning to expand drone delivery next year.

“We invested in this partnership and technology because we believe drone delivery will be an essential component of our pizza deliveries, so even more customers can receive the freshest, hottest pizza we can offer,” Domino's Group chief executive and managing director Don Meij said.

Read more: Pizza pouches are a thing because pop-punk, right?

And not to worry—though it seems this may take away jobs, Meij says that won’t be the case.

“This will actually create jobs. As we expand, we will look to hire additional team members whose roles will be focused on drone order loading and fleet management,” he said in the interview.

Now we’re just waiting for the coolest new form of pizza delivery to make its way to the U.S.

Check out the first official delivery below!