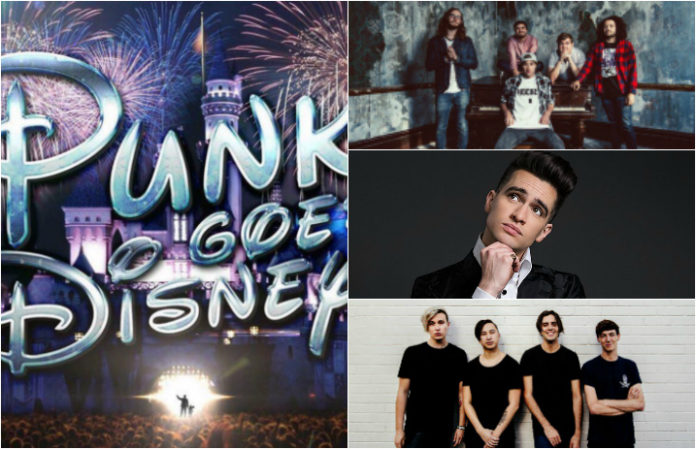 In a dream world, Punk Goes Disney would already exist. And we thought our dreams were going to be a reality after Twitter account StateChampsTour said a track listing had been leaked, featuring the likes of State Champs and Panic! At The Disco.

Although it doesn’t appear to be a legit leak, it’s actually a punk+Disney dream come true. Check it out below!

Here’s the “track listing” according to the leaked list:

ONE OK ROCK: “Let It Go” (Frozen)
Twenty One Pilots: “A Whole New World” (Aladdin)
All Time Low: “That Belle” (Beauty And The Beast)
Mayday Parade: “Honor To Us All” (Mulan)
Panic! At The Disco: “Where Do I Go From Here?” (Pocahontas)
Fall Out Boy: “Down In New Orleans” (The Princess And The Frog)
The Maine: “Mother Knows Best” (Tangled)
State Champs: “Can You Feel The Love Tonight?” (The Lion King)
Sleeping With Sirens: “Someday My Prince Will Come” (Snow White)
Pierce The Veil: “I Still Believe” (Cinderella)
With Confidence: “Hail To Princess Aurora” (Sleeping Beauty)
Neck Deep: “Just One Mistake” (The Little Mermaid)

Unfortunately, Derek DiScanio had to confirm the news was fake:

Unfortunately, this is fake https://t.co/XUFZSDOOHc

But he still wishes it was real—and other artists do, too:

For those asking, if it were a real thing, here’s my first choice for a punk goes disney song: https://t.co/q1YAdxEwMO

@dereksteez I wish this was real ��

@dereksteez aw what i wish we were doing this???

Jayden, we wish you were doing this, too.

The closest we’ll get for now is Fall Out Boy’s cover of “I Wan’na Be Like You (The Monkey Song),” from The Jungle Book, featured on We Love Disney.

How stoked would you be to see a Punk Goes Disney? And who would you like to see covering which songs? Let us know in the comments below!