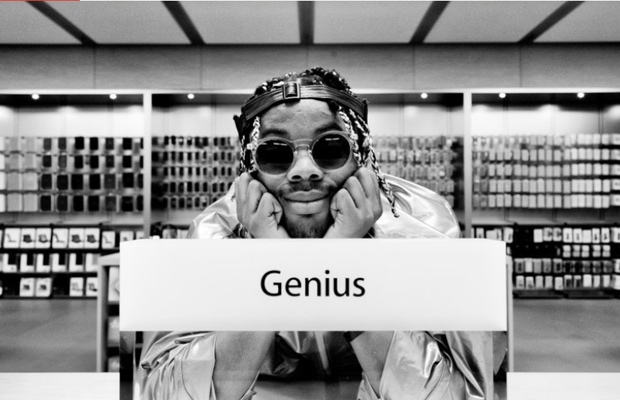 If you've ever been in an Apple Store, you know how easy it is to walk up to a display computer and start opening applications. Soho rapper Prince Harvey knows that feeling well, as he spent four months creating a secret album from a display computer after his computer failed on him. [Photo via The Daily Beast]

Read more: Here are 11 new features that will come on the iPhone 6S

The record, fittingly titled PHATASS (Prince Harvey At The Apple Store: Soho), is comprised of only human voices, including hums and other mouth-made voices used for the beats. Prince Harvey ran into many problems while recording PHATASS, including angry security guards, untimely fire drills, and loss of data, but after spending five days a week in the store for sixteen consecutive weeks, the record is complete.

“I wasn’t interested in popular music. Nothing was about me or people like me. So I want to reinvent the future and music,” Prince Harvey says. “I’m just a creator. I want to inspire other people to create—show them that you don’t need all these things to be successful.” [via The Daily Beast]

Listen to a song from PHATASS below.