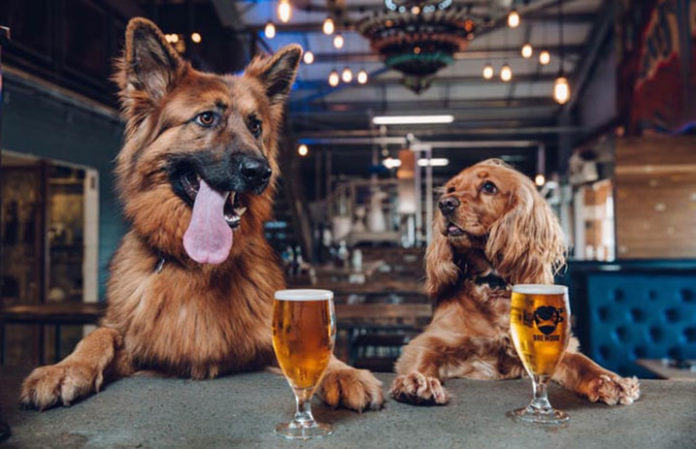 Brewdog was founded in 2007 was started by James Watt and Martin Dickie along with their dog, Bracken. Since then, they've grown to over 500 employees and have brewed over 3 million gallons of 65 different beers.

Originally founded in Scotland, Brewdog is coming to the United States and they may be the most pet friendly business ever.

We've all heard of maternity leave, where companies will allow new mothers to take time off work to deliver a baby and also take care of that baby for the first couple of months. However, have you ever heard of Puppy Parental Leave?

In a statement released to their company, Brewdog announced that “staff welcoming a brand new puppy or an older rescue dog into their lives will be given a whole working week’s leave to make sure the four-legged friend in their life gets used to its new surroundings without its new owner being absent.”

Brewdog also allows employees to bring in their well-behaved pups into work, because let's face it, even the best co-worker isn't better than an adorable puppy.

“We always want to raise the bar when it comes to offering our staff the best possible benefits; at BrewDog, we care about two things above all else. People and beer. We also just really really like dogs,” said co-founder James Watt and we happily agree.

Check out a video of them announcing this new puppy-friendly policy below!