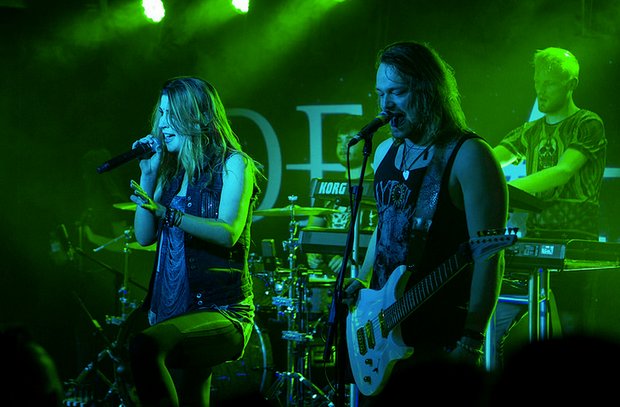 Dutch symphonic metal group Delain had a very unique stage mishap while they were on tour in the UK last week. During their show in Birmingham, bassist Otto Schimmelpenninck was struck in his genital region by a streamer cannon at an extremely close range. Despite the growing sense that he was bleeding and almost falling unconscious, Otto managed to play the rest of the show.

Following the gig, however, he was able to assess the damage caused by wild streamers—and it wasn't good. To put things in perspective, Otto is quoted in an official statement saying, “My scrotum was the size of a big grapefruit and I was in a lot (yeah, really a lot) of pain.” After having surgery at a nearby hospital the next morning, it was confirmed that he had lost 500 ML of blood from his scrotum and ruptured his left testicle.

While chances are good that Otto's testicle will be fine, he won't know for certain until he can have an ultrasound scan in six weeks.

You can read a full statement from the bassist below.