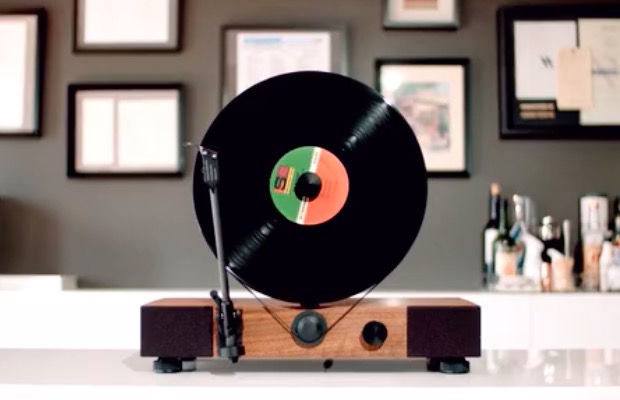 Thanks to an extremely successful Kickstarter campaign, Chicago-based startup company Gramovox has created a vertical turntable. The device is fairly self-explanatory in the fact that ii does precisely what you think: It plays your vinyl standing up, unlike conventional horizon-based players.

As for the table’s overall functionality, ConsequenceOfSound writes:

The design includes record clamps, fit for both LPs and 45s, that secure your albums in place while the spin. They’ve also balanced the tone arm to avoid skipping due to modulations in the grooves. Listeners can easily go between 33 1/3 and 45 RPM speeds by switching the silicon belt to a different track on the gear in the back.

You can pre-order your very own vertical vinyl player for $399.