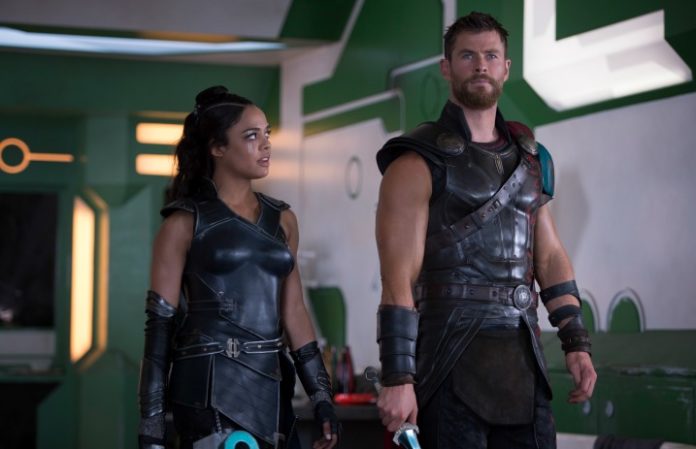 Let's face it, we've been dying for a new Thor movie and with the new teaser trailer for Thor: Ragnarok being released has gotten us even more excited for our favorite superhero to return to the big screen.

Check out the first trailer for Thor: Ragnarok below!

The last time Thor, portrayed by Chris Hemsworth, was featured in the Marvel Cinematic Universe was during a mid-credits scene in Doctor Strange. However, the last time Thor actually had his own movie was back in 2013 with Thor: The Dark World.

The plot surrounding Thor: Ragnarok almost seems like something that two middle schoolers would speculate during a lunch break. “Dude, who do you think would win if Thor had to fight The Incredible Hulk?”

The film features a star studded cast with many of our favorite actors to reprise their roles including: Hemsworth, Mark Ruffalo (Bruce Banner), Benedict Cumberbatch (Dr. Stephen Strange) and Tom Hiddleston (Loki). It will also star Cate Blanchett and Jeff Goldblum.

It'll be directed by Taika Waititi who doesn't have much experience in directing superhero movies besides directing the shorts, Team Thor and Team Thor: Part 2. Check out both of those below!

The trailer features the typical lightheartedness that we've come to expect from the Marvel Cinematic Universe, along with some killer tunes as Led Zeppelin's “Immigrant Song” provided the soundtrack.

Thor: Ragnarok is hitting theatres on November 3, but that hasn't stopped the official Twitter account from showing us what the film poster will look like. Check that out below.

Check out the teaser trailer for Thor: Ragnarok below and tell us what you think!