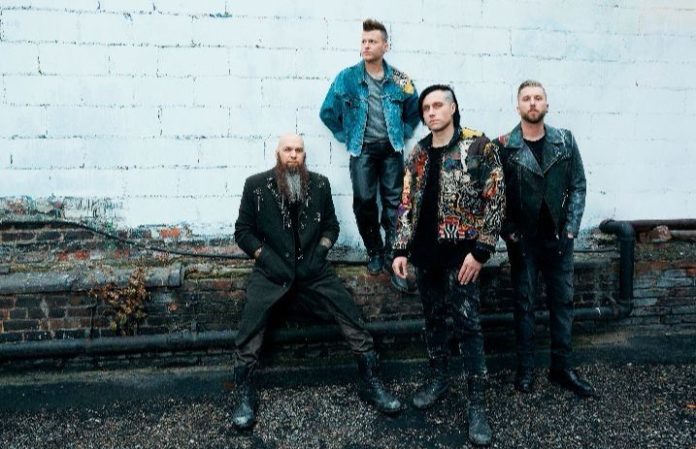 Canadian rockers Three Days Grace have moved into a tie with Van Halen for the most No. 1 hits on the Mainstream Rock Songs listing, a feat propelled by the January release of the band's chart-topping single “The Mountain.”

As reported by Billboard, “The Mountain” lands Three Days Grace with their 13th Mainstream Rock No. 1 for the chart dated March 31, matching the achievement attained by rock veterans Van Halen two decades ago—Eddie Van Halen and company's 13th No. 1 was “Without You” in 1998.

That doesn't mean 3DG are safe at the top of the heap, however. Shinedown are gunning close behind—in third place—with their 11 Mainstream Rock No. 1s, and their recent single “DEVIL” hit No. 8 the chart. Check out Billboard's list of the bands with the most No. 1 hits on the rock chart here: