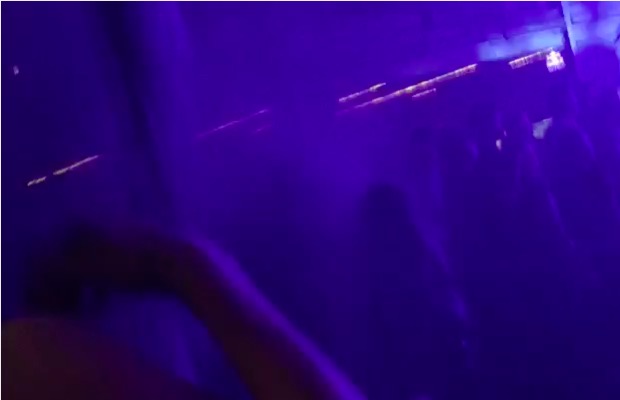 Theory Of A Deadman have issued an official statement on the incident, which you can read below.

“As some of you may be aware or may have witnessed, there was a partial ceiling collapse during our show last night at the First Avenue music venue in Minneapolis.  At this time, we have been provided no details as to the cause of the collapse.  As with all of our shows, our primary concern is for the safety of all involved; our fans, our crew, the venue staff and anyone and everyone else who may be in attendance.  Our thoughts and prayers go out to those who may have been injured or otherwise adversely affected by this unfortunate incident.  Our sincerest thanks go out to the First Avenue staff, the Minneapolis Fire Department, the paramedics and all the other wonderful people who lent their swift assistance in helping others during the aftermath.  We wish the injured a full and speedy recovery.  We wish First Avenue a quick turnaround in re-opening the doors of their legendary venue.  We look to returning to Minneapolis as soon as possible to play for our amazing friends and fans.”

Last night, during Theory Of A Deadman’s concert at the popular Minneapolis nightclub First Avenue, a 30-foot-by-30-foot section of the ceiling gave way just after 10:00 p.m., (via Star Tribune).

“A large portion of the ceiling fell and took out water pipes with it,” claimed Nate Kranz, the general manager of First Avenue. “We have no idea why or how it happened. We won’t know anything about this until tomorrow. It was a terrible surprise.”

Following the collapse, three people were transported by ambulance to the emergency room, all of whom are currently in adequate condition.

According to witnesses, small pieces of the ceiling began to fall initially, and were then followed by the much larger section.

Minneapolis band 3 Pill Morning had come out to the show to see Theory Of A Deadman perform, and managed to catch the collapse on film.

Whoa! Came out to First Ave to watch our friends in @toadmofficial and the ceiling collapsed!!! Hope everyone is ok! #ceilingfalling #3pillmorning #theoryofadeadman

It appears that Danny Worsnop's new band, We Are Harlot, were at the venue during the collapse as well.

Thankfully everyone seems to be ok and the bands and gear are safe. Rock n Roll brought the ceiling down at the legendary @FirstAvenue –