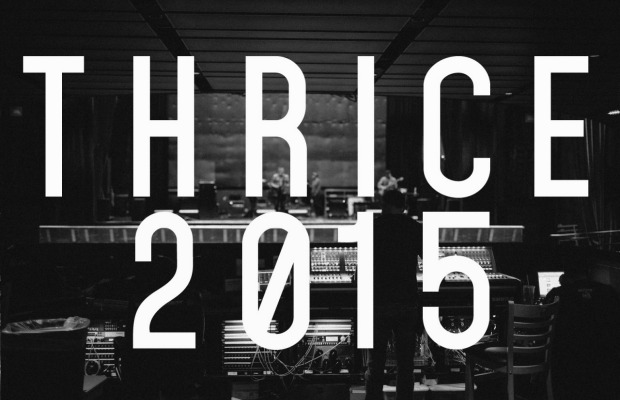 On the latest episode of the BadChristian Podcast, Thrice frontman Dustin Kensrue tackled the topic of Thrice and their return from hiatus, saying, “Thrice never disbanded, I tried to be super clear about it, like this is an actual hiatus.” He later went on to spew some details about the band's itinerary for 2015, claiming, “We're gonna' be—at the least—playing some shows this year.”

Thrice have already been confirmed for both Amnesia Rockfest and Skate And Surf Festival.

Read more: It looks like Thrice are coming back in 2015

Throughout the rest of the episode, Kensrue touches on his upcoming solo album, Carry The Fire, his resignation from Christian mega-church Mars Hill and the relationship between faith and art. You can listen to it in full over at BadChristian's official website, with the interview beginning around the 38:00 mark.

Created by current Emery members Toby Morrell and Matt Carter and former bassist Joey Svendsen, BadChristian is a faith-based organization that strives to expose sin for what it is and, in turn, strengthen people's relationships with God. Their book, Bad Christian, Great Savior, is available for purchase digitally now.