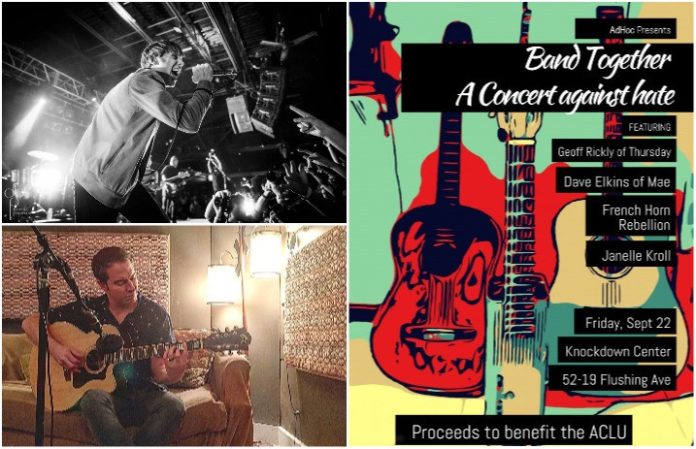 Thursday's Geoff Rickly, Mae's Dave Elkins and other likeminded artists take a stand against hate for an upcoming benefit concert. Band Together: A Concert Against Hate goes down on Friday, Sept. 22, in Queens, NYC.

As reported by BrooklynVegan, proceeds from the show will go to benefit the American Civil Liberties Union. Take a look at the lineup for the concert below.

Don't miss Band Together: A Concert Against Hate on Sept. 22 at the Knockdown Center in Maspeth, Queens. Doors are at 7 p.m. EDT for the 8 p.m. show. Get more info on the Band Together gig and buy tickets here.